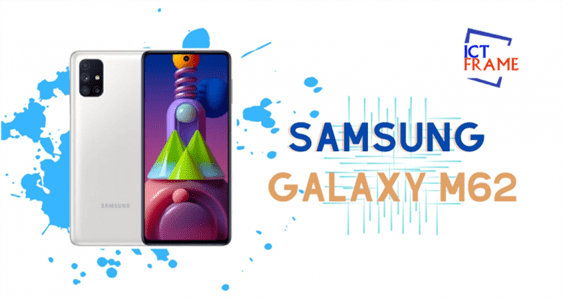 Samsung added Galaxy M51 to its M-series of smartphones this year. According to top rumors, the new Samsung Galaxy M62 is set to roll out at the begging of next year. It might be a robust performer and the company’s most powerful Galaxy M-series smartphone yet.

So, if you are curious to know about the new rumored M-series phone then check out Samsung Galaxy M62 Price In Nepal with Specs expected launch date.

The phone is set to have a massive 6.7 inch Super AMOLED display compiled with 1080 × 2400 Pixels resolution which offers a stunning visual experience. The new smartphone flaunts a bezel-less screen with a punch hole layout. It will have a 20:9 aspect ratio. The device is 6.45 x 3.00 x 0.37 inch in dimension and also boasts 393 ppi pixel density.

According to various rumors, this Samsung phone runs on Qualcomm Snapdragon 765 – 7 nm with Adreno 620 graphics support. For storage, it has 8 GB RAM and 256 GB storage ensuring a seamless user experience.  It is accompanied by an Octa-core processor that functions at a speed of 2.2GHz approximately.

One of the main parts where users mainly focus on is the camera. If sources are true then it includes quad cameras on the front side, comprising a 64MP Main lens with a 12MP (Telephoto Camera) and a 5MP Ultra-Wide backed by a 5MP Depth. A 32MP selfie capturing camera is mounted on the front screen.

This Samsung Galaxy phone is powered by Lithium Polymer 5000 mAh. The non-replaceable battery of the phone is compatible with fast charging technology.

The price of the Samsung Galaxy M62 is expected at around Rs 63000 in Nepal. The expected price may differ in the future as the release date of this Samsung phone is around early next year.