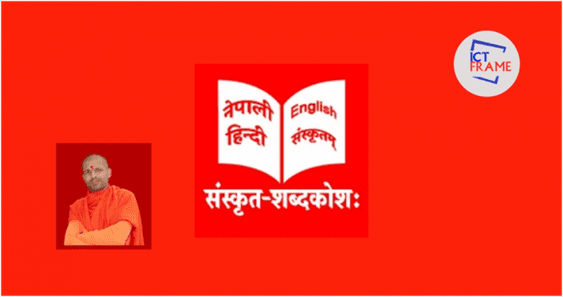 Giri, who is doing PhD from Sanskrit University on ‘Adini Philosophy in Panini’s Ashtadhyayi’, aims to create a comfortable environment for students and researchers by connecting Eastern literature with technology. 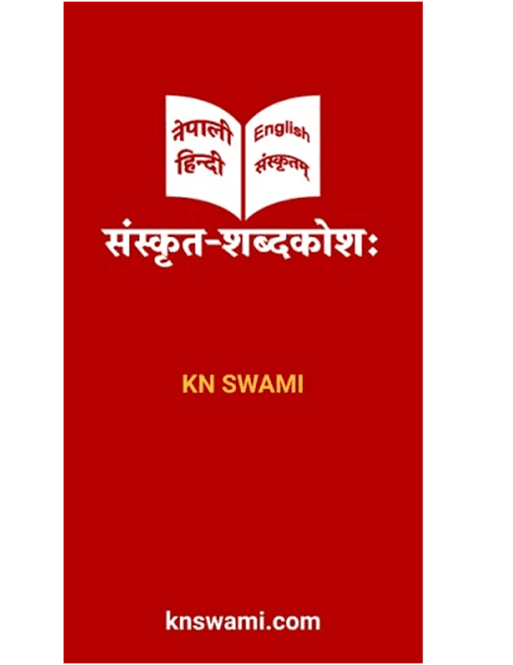 Searching for a word in it will reveal its meaning in all four languages. The dictionary contains

This dictionary will also be useful for knowing about 75 percent of the Sanskrit words used in Nepali. By combining Eastern literature with technology, he has made it easy for curious people to study and research. Also KN Swami has prepared the Unicode font for Vajasaneyi-Madhyandin-Shuklayajurveda-Samhita and edited it. Giri did this so that the students would not have to go through the experience of having difficulty in getting the textbooks while studying in the gurukul.

Who can use Sanskrit Dictionary?

As Swami Keshavananda got free education in the Gurukul. This dictionary app which was prepared at a cost of around Rs 5 million is available to the users for free of cost.

This electronic dictionary doesn’t contain any kind of ads. If advertisement is placed then searcher’s attention might divert to the advertisement. So, the dictionary is ad-free. During the six months of the lockdown, Giri and six of his disciples worked from 5 am to 11 pm to compile the dictionary.

The two Sanskrit dictionaries ‘Shabdakalpadrum’ and ‘Vachaspatyam” , are electrponically available in the app. Vachaspati Bhattacharya prepared Vachaspatyam, a dictionary in 1870. Similarly, King Radhakanta Dev prepared Shabdakalpadrum in 1859. All the words in both the cells are kept electronically. Also, all the words of Vaman Shivaram Apte’s Sanskrit-Hindi dictionary published in 1966 and Sanskrit-English dictionary published in 1890, stored electronically.

In this dictionary includes meanings of Etymology and metallic. Similarly, users can find the meaning of prefixing metal. After some time there will be addition of forms of metal.

KN Swami said that this dictionary is the first to cover all the topics mentioned above.

111 Hospitals Enlisted By The Government For CoronaVirus Treatment