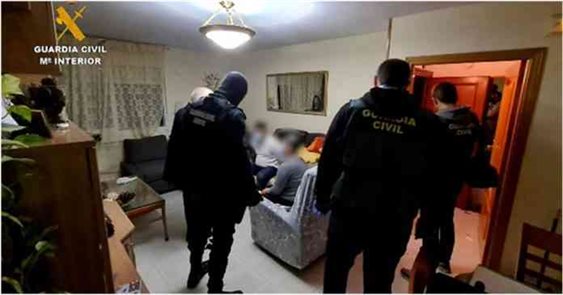 Sixteen people who were part of a criminal network that was involved in operating 2 banking trojans targeting financial organizations in Europe have been finally arrested by Spanish Law enforcement agencies.

The arrest has been made after a one-year-long investigation according to the Civil Guard.

The threat actors had installed malicious software on the computer of victims by the technique called email spoofing and diverted big sums of money to their accounts.

Law enforcement seized mobile phones, computers, and documents through which 1800 spam emails were analyzed and a fake bank transfer attempt of an amount totaling 3.5milllion pounds has been blocked.

The phishing attack was executed by sending emails under the disguise of legitimate package delivery services as well as government entities such as the Treasury and the victims were urged to click the link which promptly downloaded malicious software onto the systems.

The not become a victim of such attacks, the concerned authority has recommended the email and SMS recipients to carefully check the messages and become alert if it is about very attractive offers, urgent requests, or promotions and while taking any further taking any steps to look for grammatical errors and make sure the sender is authentic.