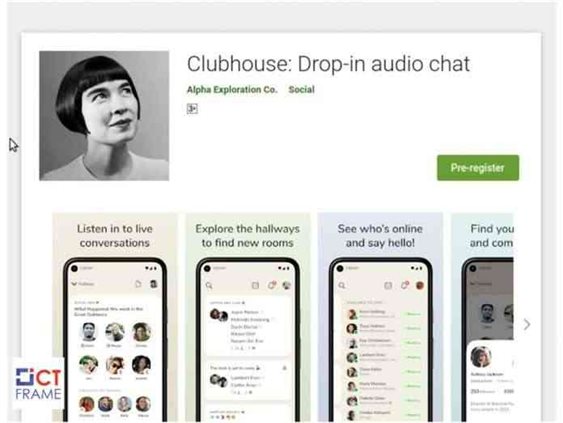 Clubhouse – an audio-based social media platform, is now available on Google Play Store. Clubhouse, which has been available for about a year on Apple’s iOS, unveiled its Android version on Sunday.

In addition, for the first time, Android users will be able to use Audio Social Media Clubhouse. However, for the time being, this Android app is only available in the States. The company plans to expand to other countries around the world in the near future.

Users outside the United States can now pre-register for the app via the Clubhouse page in the Play Store. When the Android version of Clubhouse becomes available in those countries, the user will be notified.

This app, which can only be accessed after being invited. The clubhouse is an invite-only app that allows users to search for and listen to conversations.

Celebrities ranging from Mark Zuckerberg to Elon Musk have joined the clubhouse, which has millions of members.

People are moving toward audio-based social apps as the clubhouse grows in popularity. Twitter has recently added an audio feature to its access to space.