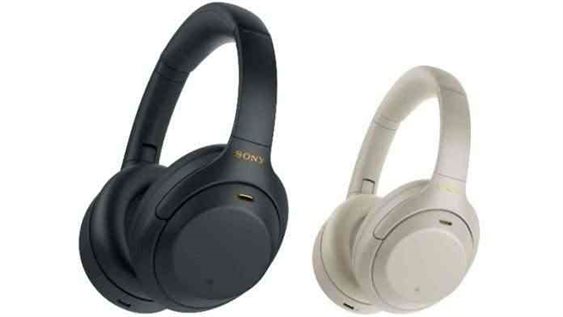 The Sony WH-1000XM4 comes with no significant changes in design from its predecessors. It is an over-ear headphone with retractable earcups with left earcups having an optical sensor for wear detection inside.

The headphones come in an aesthetically pleasing design with lean earcups that stick out much. Besides that, the design ads functionality to the device with an adjustable sliding mechanism and earcups that swivel to the side to life flat on your collar bones. It also comes in two colors: Black or Platinum Silver.

Sony has designed comfortable headphones that wrap your ears with marshmallow softness or earcups. You can also wear the headphones for hours without any feeling of pressure or discomfort.

Sound-wise, the Sony WH-1000XM4 sounds similar to its XM3 predecessor due to the same 40mm drivers used in both the headphones. It supports SBC, AAC, and LDAC codecs. Whereas, there is no support for aptX and aptX HD codecs as a result of Sony switching to MediaTek processors on its headphones.

The QN1 HD Noise Cancelling Processor present in the headphone provide you with top-notch Noise Cancelling. The two microphones present at each earcup detect noise from the surrounding, and Bluetooth Audio System detects music and noise at over 700 times per second. Then with all the information, the QN1 processor provides you with real-time noise cancellation.

The XM4 has the DSEE Extreme engine and Sony’s Edge-AI technology. The Edge-AI restores audio that is lost during the compression process for a complete listening experience. The Edge-AI was co-developed with Sony Music Studios in Tokyo.

Sony WH-1000XM4 also has a “Quick Attention” feature like the XM3 which enables you to lower the volume by putting your hand on the right earcup. The headphone also has an Adaptive Sound Control feature which detects the sound of the surroundings to adjust ambient sound settings for your listening pleasure. Besides that, it also supports wear-detection, 360 Reality Audio, Google Voice Assistant, and Amazon Alexa.

The WH-1000XM4 has a rated battery life of 30 hours which was the same as MX2 and XM3. The battery lasts additional 8 hours with Noise cancellation off with a max of 38hrs of use on continuous music playback. Sony also claims a quick charge of 10-minutes to last you 5 hours of use.

In conclusion, if the price isn’t big of a factor, you can reach the Sony Centre (Labim Mall) and get yourself the best active noise-canceling headphones in the market.