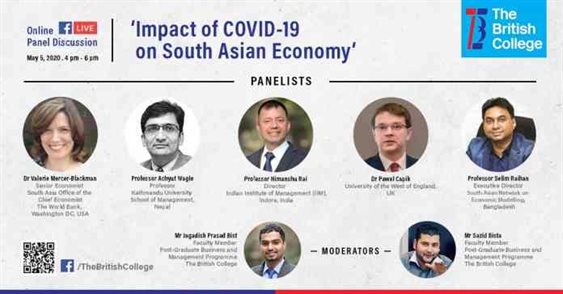 The British College Kathmandu is set to organize the Impact of Covid-19 on South Asian Economy | Online Panel Discussion on Tuesday, May 5 from 4 pm to 6 pm.

The Covid-19 has put economic activities in quarantine worldwide almost for a month now. The major Stock Markets in Europe, Asia, the Middle East, and the United States (US) have already plummeted.

The industrial sector is now shut; the tourism industry is stifled; restaurants, coffee shops, gyms, and other small businesses have started laying workers off outright; unemployment rates are skyrocketing like never before, and income inequality is widening worldwide.

The statistics show that jobless claims in the US reached millions in number; equivalent to a total of six months claims during a great recession. Amid this rife, South Asia is not also intact. In fact, the World Bank projected that the fastest-growing region (South Asia) is going to face condensed growth this year: decreasing from 6.3 percent projected six months ago to between 1.8 and 2.8 percent in 2020. Nepal is not also immune to this rife: the World Bank argued that growth in Nepal would come down heavily to 1.5 and 2.8 percent during 2020.

Given these red flags, the panel discussion on ‘impact of COVID-19 on South Asian economies’ tries to bring economists from different countries in a single platform to discuss the growing economic impacts of the current crisis, the governments’ responses, and primitive actions required to get the South Asian region back on its footings.

She is a Senior Economist at the World Bank, currently focusing on policy-based research and regional trends in South Asia. Her recent published research focuses on diversification, trade FDI productivity in services, and global value chains. Her past analytical work includes growth drivers, investment, and fiscal issues in developing countries, particularly commodity exporters. Previously she has worked as a Senior Economist at the Asian Development Bank, a Lead Economics Specialist at the Inter-American Development Bank, and as a Senior Economist at the International Monetary Fund. She holds a Ph.D. in Economics from the University of Pennsylvania and a Bachelor of Arts from Yale University. He is currently the Head of the Management Science Department at Kathmandu University School of Management. He holds a Ph.D. in Economics from the Indian Institute of Technology Kanpur, MSc in Economics from the University of Birmingham, UK, and an MA from Tribhuvan University, Nepal. He also held several important public positions like the Adviser to the Prime Minister of Nepal and Advisor to the Governor of Nepal Rastra Bank, the central bank of the country, among others. He is a seasoned weekly columnist to The Kathmandu Post/Kantipur, the most popular daily newspaper of Nepal. His research interests include business environment, regional economy, fiscal federalism, and entrepreneurship. 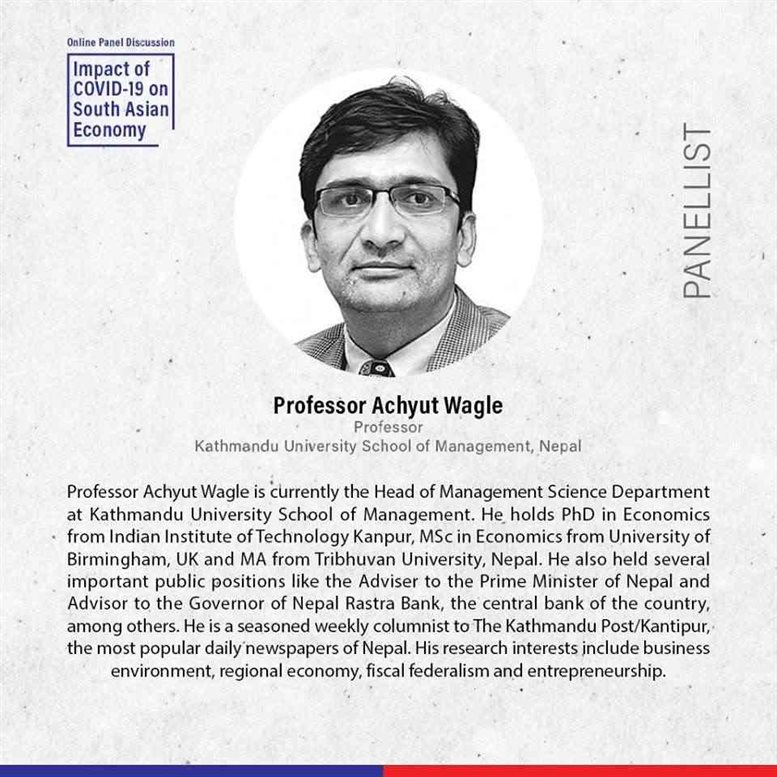 He lectures in International Business at Bristol Business School, the University of the West of England. Previously he worked at Keele University, Grenoble Ecole de Management in France, University of Glasgow, Sheffield Hallam University, and the University of the West of Scotland, where he completed his Ph.D. at the Centre for Contemporary European Studies. He is a Fellow of Regional Studies Association, a member Academy of International Business, and a Fellow of the Higher Education Academy. He was a recipient of The Ryoichi Sasakawa Young Leaders Fellowship Fund (SYLFF) Research Grant. His research explores interdependencies between international business strategies and operations and regional development theory and practice, particularly in the context of emerging and transition economies.

He is the Director of the Indian Institute of Management (IIM) Indore. Under his leadership IIM Indore got the triple crown accreditation of AMBA, AACSB, and EQUIS making it one of the 90 odd institutions in the world to have the honor. He is spearheading multiple initiatives at IIM Indore to create significant social impact and address challenges faced by the country. Prior to this he has been the Dean of SDA Bocconi India campus, Professor at SDA Bocconi, Milan, and has taught at IIM Lucknow and XLRI. He is an alumnus of IIM Ahmedabad and Karnataka Regional Engineering College (KREC) Surathkal. He specializes in Negotiation and his core teaching areas include Negotiation, Leadership, and Justice. His book titled “Negotiation” has been published by McGraw Hill Education, and it is one of the bestsellers on Amazon. 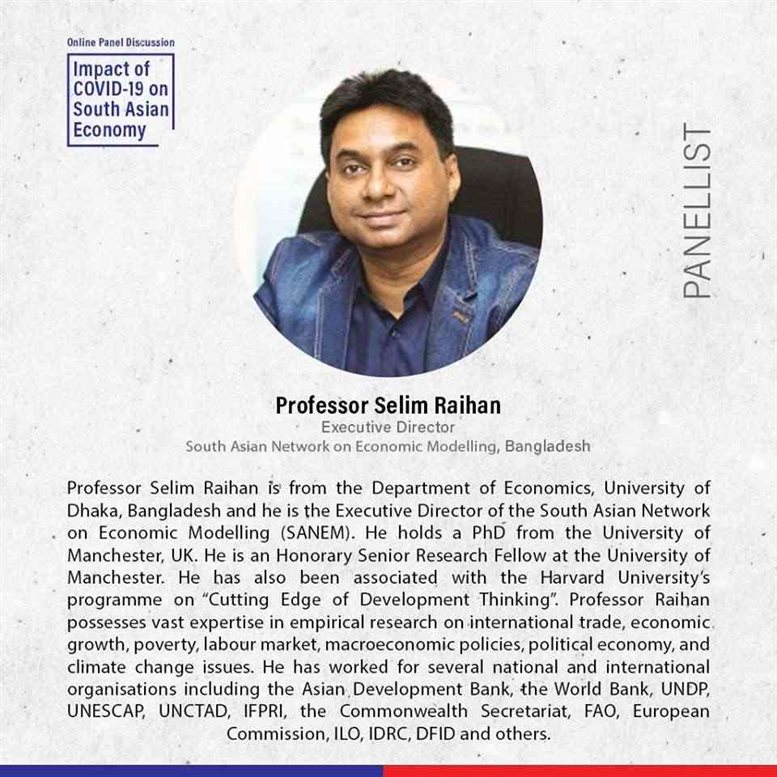