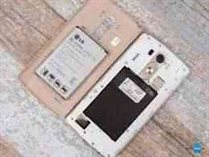 There’s no stopping in one point in the world of technology. Evolution is going on at every second and with the smartphones, we can never be focused on one thing.
These days smartphones are trying to go for maximum memory as possible with their smartphones. All the high-end phone have the expandable memory capacity of 2TB via micro-SD card.
There was a day when 2TB was just in a big chunk of hardware, i.e., hard disks. But it insane to even think that they might be having so much space in only a small piece of technology. But with the time this may also overcome and be possible soon.
We have come a long way on this journey too. However, the phone that is boasting about that much of memory is not going to go soon and even if they come the microSD card may not be available for them too.
If they did exist the phone soon will themselves have a high life expectancy? 2Tb of memory is just a dream; however, Microdia recently unveiled its 512GB card. The card will cost around $1000.
Its a lot to pay comparison to the 128GB card which just cost around $80. However its really unbelievable to consider the memory on that small piece of technology which might also get lost easily but still cost so much. But even if you did spend the amount in buying this chip you wont be dissapointed as you will be able to do so much with it like:
Store everything:
you might have the habit of taking pictures as much as you can. Or you might like watching movies in your phones or tablets. But usually you run out of space and you wont get to store all those things. However, with the new chip, you will be able to store most of the things you like. A space that big might be able to handle all your photos and videos.
You wont run out of space for apps:
Smartphones these days run out of space too soon which cause a bitterness in the use. Thus from now, you wont have to worry about running out of space. There may soon come a time where the internal memory is also huge which will help the user to install as many high end and space consuming apps as they want. For now too, with such a high end piece of technology, it would be easy for users to install as many apps as they want.
No more paying for subscription:
Even thought the chips cost more now, they will cost less with time. And when you will use them you wont have to rely on cloud storage for you data. Its good to keep backup however if you have been using the cloud for storing things you like, you wont have to do that anymore and pay for those subscription. You can just use your phone to store all those data.
There are so many advantages of using  the card with such storage capacity. Anything from storing custom ROMs and Nandroid backups for the rooters out there, to quickly and effortlessly transferring all of your files from one phone to another. Its a big news in the world of technology.