The Instagram Kumari Filter Story goes viral and the Nepalese people take to stand with their opinions on social media channels.

A Nepali programmer and a rising to fame comedian Aayush Shrestha took his creativity out into public with his Kumari filter for Instagram. The app is widely and popularly used all over the world and the Kumari Filter went viral pretty soon.

Soon after the Kumari filter was available on Instagram, users of the app started using the filter which quickly brought the entire youth nation to take sides and debate whether the filter should be created in the first place.

The kumari filter was basically a symbolic mascot of the living Goddess Kumari that the users could try on their own faces as a fun gesture. Since the app has millions of users worldwide, the filter would promote the Newa: Culture and Community worldwide.

Little did Aayush, the creator know that his humble and creative contribution to promoting his culture could be misleading and force him to take the filter off of Instagram overall.

So what was really offensive?

Let’s begin with the bright side of the story. Many female users used the filter to look alike the Living Goddess and shared their newfound joy.

It started getting offensive to a certain group of people when the male user of Instagram started using that filter on their faces. They said the use of Kumari filter by male users showed disrespect to the Goddess and the culture it represents. The sacredness of Kumari violated. 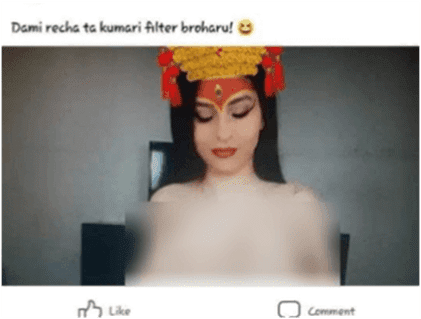 It got ugly when some users took this Kumari filter into pornography and shared contents that disrupted not only the Newa: Community but the Nepalese culture as a whole.

The offended group of people said a lot many things. Some argued that the culture should not be commercialized and there are other ways to promote culture. An Instagram filter is just not the right way.

There came Hashtags for ‘back off Aayush Shrestha’

There were many physical threats thrown over at the programmer in many social media contents and comments. The programmer also received a lot of hate calls and messages.

Some would say that such a filter can be misused and it sent a wrong message of our culture to the world. Hence, the filter shouldn’t exist in the first place. 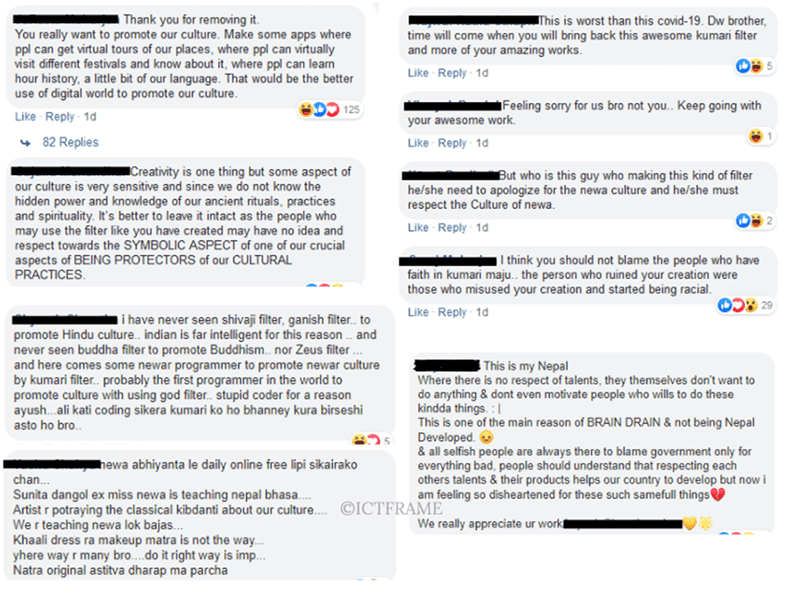 While a lot of many hated Aayush for his creation, a lot many praised and supported him as well. People loved his contribution, his creation, and respected his creativity and compassion towards culture.

Nepalese living abroad felt a sense of joy seeing their culture being out there on a worldwide platform.

The end of Kumari Filter 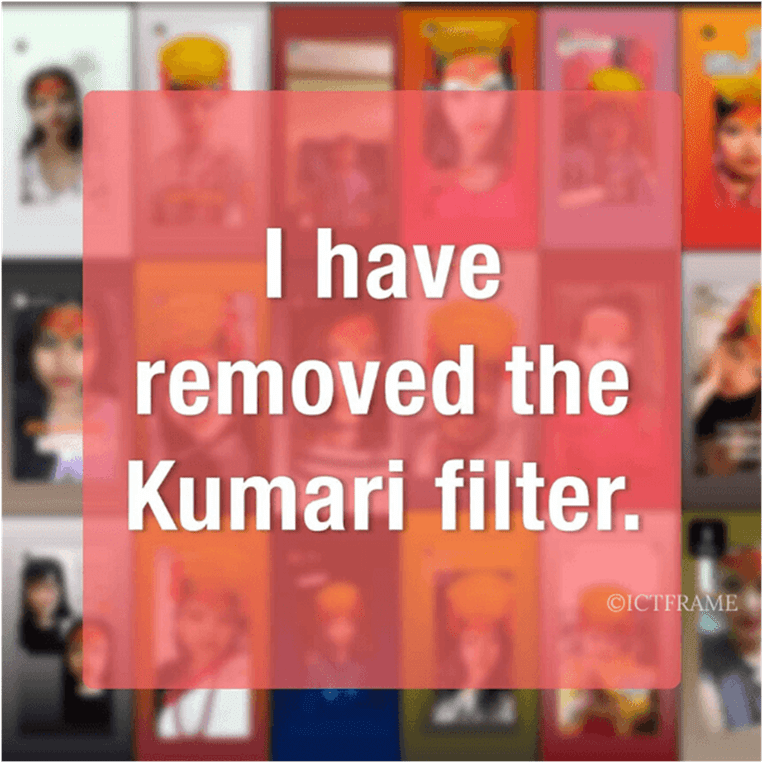 There were mixed reactions for the filter, and Aayush Shrestha didn’t want to be a topic of discussion anymore. Therefore, he took the filter out of Instagram.

Art and creations are always showcased in the public so that many people get exposure. With a lot of public eye on a certain thing, there will be a lot of opinions. Opinions that come from different backgrounds, races, cultures, and many more factors.

Creating the Kumari filter into a pornographic image can be disturbing for some, while some wouldn’t care.

See it’s not about what the filter is capable of or the limit of misconduct it can cause. You can’t create something regulating all the mathematical possibilities of being misused. A car that we license to drive has an equal capacity to kill a person as the capacity of a bullet from a gun.

It’s really not about the creation. Or the unpredictable and unimaginable ways people misuse it. It’s about how you react to it.

Should a creation if misused by anyone, the creator be threatened and punished?

If something kills or harms you, should that thing never exist in the first place?

You can argue that in a free social media platform with no rules, such sensitive elements shouldn’t exist because people cannot be tamed. But should you?

Let’s take a step back on humanity, our culture, and our behavior. Let’s really question our judgment on ‘sensitive elements’.

As we leave you with questions to wonder about, here’s one more.

There are also emojis of your national flag on every social media platform. Should that be taken off considering the countless ways it can be misused? Let’s think about this.