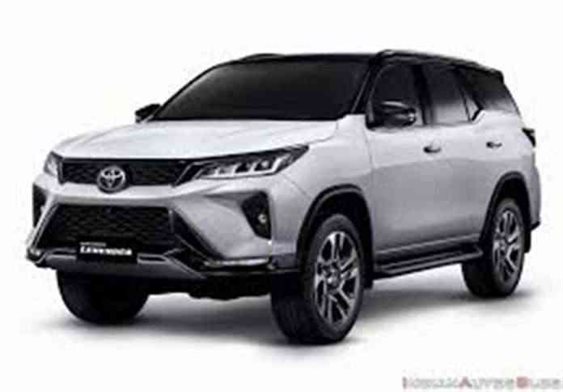 These are the features of the Toyota Fortuner ‘Legend’ variant

The Fortuner facelift model, the most luxurious Toyota model in India, has been introduced. The company has also launched a new variant of Fortune, ‘Legend’.

In India alone, the Fortuner Legend is priced at INR 300,000 more than the Fortuner 2.8 liter Four Y Four. This means that the price of Legend in Nepal will be about Rs 2 million more than the top cost. However, it is not yet clear whether the legend is coming or not to Nepal.

On the front of the Toyota Fortuner, several modifications can be seen. The company has modified the headlights, daytime running lights, the grid, the front bumper and the wheels. All the lights are LED and the 18-inch alloy wheels are equipped.

The front grille of the Legend version is given differently than the standard model. The company gave it a split panel and a different kind of front bumper. It has daytime running lights and headlamps for the LED projector.

This variant has been given a glossy black finish by eliminating the chrome finishing grid. The alloy wheels are of various styles as well. The color combination is given differently too.

The Toyota Fortuner Facelift will be available in 2.7 liters petrol and 2.8 liters diesel engines. The petrol engine produces 166 horsepower and 245 Nm of torque. In the same way, the diesel engine can produce a maximum of 204 horsepower and 420 Nm of torque. The company has fitted it with a 6-speed manual and a 6-speed automatic gearbox torque converter. The Legend variant will only be available in a 6-speed automatic gearbox.