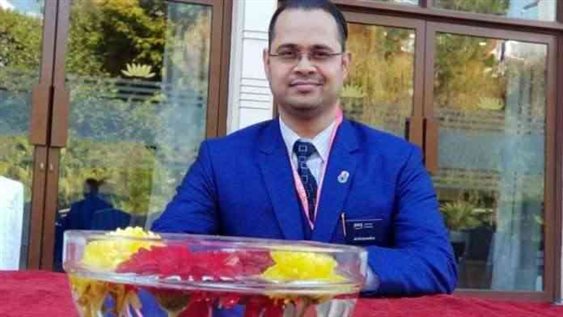 Cybersecurity is a way to protect systems, networks, and programs from digital attacks. But nowadays, there is an increase in cyberattacks. Hackers attack the system for accessing, changing, or destroying sensitive information. They also extort money from users or interrupt normal business processes.

In the context of Nepal, we are hearing about several cyberattacks. This is happening because of the lack of cyber awareness among the people. The activities for a cyberattack are done both online and offline related to frauds, scandals and even personal pride and prestige.

So today I am going to discuss the cybersecurity issues in Nepal. Here is a list of some trending issues related to cybersecurity:

Before going in details let me introduce some reason for the cyberattacks. Actually, these issues are happening due to:

Now lets us go through each list one by one in detail:

Identity theft means creating fake accounts on the server for marketing. And it is the most popular activity happing in Nepal. Several people make their accounts with other’s names and do illegal activities that cause cyberattacks.

Similarly, Stealing or hacking other’s passwords, using their social media and leaking their details without their permission also comes under identity theft. They leak and upload other’s personal details, images or videos. Several people have committed to suicide because of this issue. Isn’t it a serious problem? And this is not only happening in Nepal but also around the world. People under these activities should be hardly punished for the shake of cybersecurity and people’s lives.

You might have heard about the bank account hacking. Most of us heard about the account hack on several banks like NIC Asia, Agriculture and so on. In most cases, back has to face “denial of service attack”. Hacker steals millions of rupees from the bank making fake requests and making the network slow.

To control the overall IT department, there is a respective employee who takes care of its cybersecurity, but sometimes, unfortunately, it has to face a server attack. And hence they lose the customer data and money.

Email Marketing, one of the very popular tools for marketing is very much trustable by the people. Through it, readers and visitors can get several important information and knowledge. But on the other hand, you will get huge people who used to send “spams” in the mail. It will cause the mail reader’s confidential details to be leaked and hacked.

Spam Email Marketing is one of the most serious crimes in the context of Nepal. There are several cases available in Nepal regarding this issue which should be taking care of soon.

Hacking is not the only problem in Nepal but also worldwide. The hackers is not a normal person but an expert who has mind-blowing ideas and techniques with which they hack several servers and system. Even the hacker is an expert or too much talent, but hacking authorized data is illegal. They will be punished whenever they get caught with proof.

Almost every day servers are being hacked. Actually it is not only happening in Nepal but also worldwide. Not only the accounts, but hackers also used to hack ATMs. They skip some processes and make false ATMs cards to withdraw money from other’s accounts.

Phishing is also known as hacking but it is quite different from that. In this, hackers target normal people through their phones, emails or social media accounts. From there, the hackers steal several sensitive information like passwords, credit card details, identifiable information and much more.

If someone gets your personal and sensitive data, it is obvious they can blackmail you and ask for nonsense requirements. Isn’t it scary? This should be stopped soon. Several people are losing their lives, property, and privacy because of phishing.

Another serious cybersecurity issue in Nepal is Cyberbullying. It is a kind of bullying that takes place over digital devices like cell phones, computers, and tablets. This attack might occur from any medium like SMS, Text, and apps, or online in social media, forums, or gaming. It mainly occurs where there is huge traffic, means a huge presence of audience who share such contents.

Cyberbullying means sending, posting, or sharing negative, harmful, or mean content about someone else. And like other issues, this information can also damage one’s life and make them feel depression embarrassment and humiliation.

Online threats and intimidation affect the comfort of an individual. Intimidation is an intentional behavior that will affect a person with ordinary sensibilities to fear injury or harm. In this case, hackers or unauthorized persons play with the victim’s emotions and threaten them with the person’s weakness. It is an anti-social activity in which targets and hackers do not live nearby society. Hackers torture mentally and emotionally and make them sick. It may take a person’s life because of depression.

In Nepal, you can see several cases regarding women’s violence through the internet. Sometimes a guy leaked private pictures of his partner if they broke up or created any issues. While sometimes a stoker creates an embarrassing moment for a girl by publishing their fake relationship on the internet. Like this several other activities are happening online which broke the women mentally and emotionally. Because of this, some go in depression and some even claimed to suicide.

Likewise, there are also copyright issues where some people try to steal the ideas and creativity of others. It is illegal, one has to make their own creativity for their work. They are not allowed to copy others. In Nepal, there is Copyright Registrar’s Office which handles copyright registration, recording of copyright transfers and other administrative aspects of copyright law.

Sometimes hacker attacks others machine or networks and makes it inaccessible. This type of cyberattack is called a Denial-of-Service (DoS) attack. The attacker targeted a person’s device and accomplish it by flooding the traffic or sending it information that triggers a crash. You can see the DoS attack mainly on high-profile organizations such as banking, commerce, and media companies, or government and trade organizations.

Last but not least, people are suffering from cyberattacks because of awareness and proper cyber law education. People make their accounts online and without proper awareness, they fail to provide better security to their system. The security system is very important for each and every online or offline account to maintain their privacy. A single mistake can ruin one’s life. I think the government, NGOs, and INGOs should make an awareness campaign to alert people about the cyberattack.

Well, this is all about the cybersecurity issues in Nepal. People have to face huge problems regarding cyberattacks. Several people are facing depression and claiming suicide because of these issues. The cyberattack has become a very sensible problem of Nepal. But it is not only limited in Nepal, but the whole world is also going through these issues.

To get rid of this, the government should make more strict and powerful cyber laws and started an awareness program. Cyberattack or issues is not limited only in the above mention one.