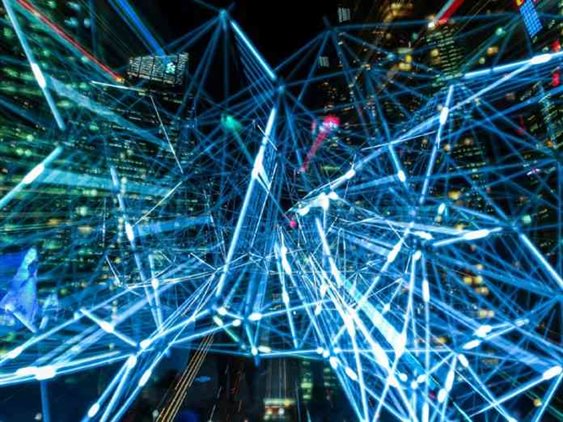 As we know, Nepal and India are neighboring countries and these two nations’ shares similarities in various things. India and Nepal, both of these countries, are listed as developing nations. Comparatively, India is much developed than Nepal.

From last few time back India has been doing immensely great in the field of technology. Nepal is also trying its best for the development, but it seems like there are so many flaws in our policies which is leading us towards failure. Many experts also claimed that the systems of Nepal are not decisive.

If we compare the status of technology development between Nepal and India, then there is a huge difference.

The information technology industry of India consists of two Major components: IT services and Business Process Outsourcing (BPO). The sector has amplified its contribution to India’s GDP from 1.2% in 1998 to 7.7% in 2017.

National Association of Software and Services Companies (NASSCOM) reports, in 2017 the sector collected the revenues of US$ 160 billion, with the export revenue of US$ 99 billion and domestic revenue of US$ 48 billion, increasing by more than 13 %. The United States accounts for Two-thirds of India’s IT services. The data clearly shows the progress of India in the field of technology.

NHK World reports India gained rapid economic growth as an ideal outsourcing destination. But its IT industry is starting to flourish. Young people who acquire an academic career in computer programming at the university have gained experience working for overseas firms, and they’ve returned to India, armed with their new skills.

Chief Executive Officer of Mu-Sigma (a company specializing in big data) Dhiraj C. Rajaram said Banglore would be next Silicon Valley since the success of IT field in Banglore are boosting the city’s innovation level.

Finance minister Arun Jaitley during the budget speech 2018 said the government is changing the method of disposal of business by initiating e-office and other e-governance projects in central Ministries and Departments.

The project known as e-bidhan in India has digitalized and made the functioning of all State Legislatures paperless. The government of India has become so severe regarding the IT services and technology. They allocate a high budget for the development of technology. But in Nepal things are precisely opposite; IT services and Technology do not get proper attention while drafting a budget. A minimum amount of budget is invested in these things.

On January Government of India launched the third version of the Government E-Marketplace (GeM) and now at present it has more than 7,800 buyers, 5,600 sellers, 375,000 products and twelve services so far. The government and the public both are highly concerned with technology in India.

If we look at the earlier culture of budget distribution in Nepal, the field of ICT always used to get unfair fund, but the budget of fiscal year 2073/74 has got some changes. It targets to connect 72 district headquarters with high-speed internet connectivity using optical fiber deployed via highways. Similarly, there is also a budget allocated to organize National Scientist Conference, which is a good thing to note down.

Similarly, the government of Nepal also has planned to

It will be great if all the above points will come in an emergency. Likewise, there are many other crucial ICT stuff that is needed to bring in Nepal.

Contemporary situation of India in ICT

At present, in many significant areas of India people had already started a cashless transaction. Comparatively, online shopping has gained immense success in India. Reportedly, India is the largest exporter of IT in the contemporary world economy. Exports dominate the Indian IT sector and comprise about 79% of the industry’s total revenue. However, the domestic market also plays a noteworthy role in vigorous revenue growth. The industry’s share of total Indian exports (merchandise plus services) augmented from less than 4% in FY1998 to about 25% in FY2012. The technologically-inclined services sector in India holds 40% of the country’s GDP and 30% of export earnings as of 2006 while employing only 25% of its workforce. As reported by Gartner, the top 5 IT service provider of India are Tata Consultancy Services, Infosys, Cognizant, Wipro, and HCL Technologies.

There are many things that we need to learn from India for the development of the technology field. First of all, we need a strong and decisive policy. The second thing is government need to draft proper budget for the sake of ICT, and similarly, we also need to change our education practice; we should focus more on practical lesson rather than theoretical so that people can be aware of the essentiality of technology for a country’s development. Implementing these things will help in the progress of ICT.

Many youths and entrepreneurs are trying their best to do in the technology sector, but they are not able to meet their expectation, the reason behind it could be the lack of investors. Neither private nor government organizations are ready to invest in those kinds of man powers. If only there will be proper facilitator or investor, then things will turn to the next level of progress.

NPCERT and CSRI to Organize a Webinar on ‘Data Breach Rise...