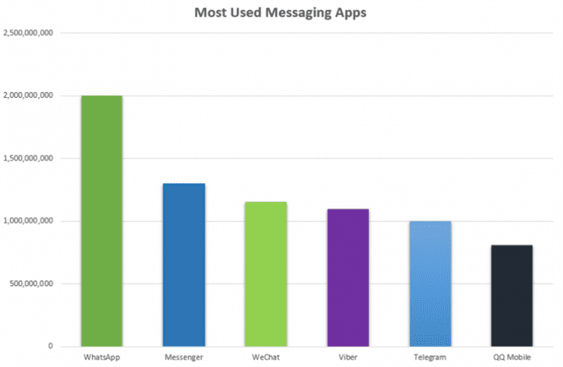 WhatsApp, currently owned by Facebook Inc. has reached more than two billion active users according to Facebook via a blog report released on Wednesday. Facebook is committed to providing service to the end-users via WhatsApp just like its very own messenger to make you data sharing and communication more reliable and secure.

Facebook bought the WhatsApp communications service, which gained a lot of popularity worldwide in recent times. WhatsApp also offers free communication and voice and video services added with free messaging services over the internet. WhatsApp’s blog post states that the company is proud of being able to surpass a legendary milestone of two billion users on its platform.

The company said the personal information of individuals would be more credibly protected and that it would create situations that no one could easily break and exploit. WhatsApp is known to be quite user-friendly and secure in terms of the communication channels currently being used.

Facebook has said it wants to strengthen the protection of individuals’ confidential information, saying the US government is trying to increase its access to state agencies’ messages on WhatsApp, Messenger, Viber and other similar platforms alike.

Last week, child protection organizations urged Facebook to suspend such a scheme, saying that child sexual abusers could benefit unfairly when implementing a strong ‘encryption’ scheme on their application. The encryption that WhatsApp staff is using as a test is very strong and its data has not been studied by any government agency, hence providing the much-needed security to personal data of its users.