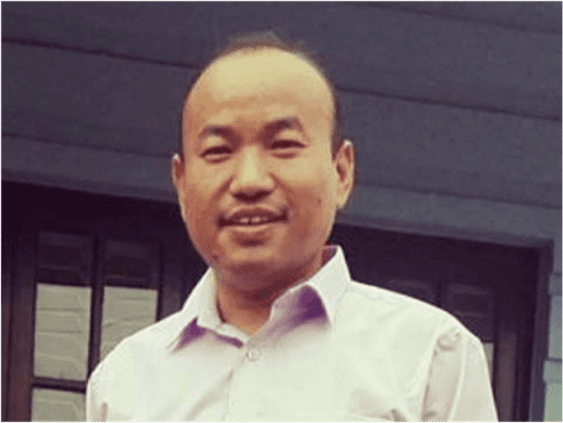 Worldlink Communication has lost its System Engineer, Mr Nabin Limbu, due to Covid infection on the day of Laxmi Puja.

Mr. Limbu had picked up the infection while attending his father-in-law’s funeral two weeks before Dashain’s tika day. He was admitted to Sukraraj Hospital, Teku on Tika’s day, where he passed away at the age of 45.

He was one of the profound system engineers in Nepal’s internet industry.

Mr Limbu is survived by a 14-year-old daughter, a 9-year-old son and wife Nilima.

Nabin Limbu was born as the younger child to Hari Kumar Limbu and Rup Maya Limbu on Thursday on 26th of Bhadra, 2032 B.S.  He was a graduate from Kathmandu University, School of Engineering and later completed his M.Sc (IT).

He spent all of his professional life making contributions to the internet industry in Nepal working in various organizations including Worldlink.

Before serving as System Manager in Worldlink, he served as Enterprise Support Head for two years. Prior to joining Worldlink, he was the General Manager of Technical in Classic Tech. In fact, he served as CTO for Himal Technology prior to that and he has also served as a consultant for many organization including HealthNet.

Regarded very highly in the industry, he had expertise and experience in Linux System administration. According to Worldlink, he was a very humble, calm and composed person.

Condolence and high praises from Worldlink

CEO of Worldlink, Keshav Nepal shared a note expressing his grief. He shared that Mr Limbu would make anyone who ever had a conversation with him would feel a wave of positivity.

Nepal also mentioned that he had lost a most trusted advisor and mentor.

“He had a dream to become a technical business consultant and help the emerging IT entrepreneurs in Nepal,” said Nepal in the note. “He never wanted to go abroad and his heart was set on helping Nepal and Nepalese.”

Here are a few lines from his colleagues:

“He was one of the most helpful, analytical and down-to-the earth people”.

“He was one the most popular person who most of us at Worldlink will miss. No matter whatever the problem was, he always had some idea to get it resolved. In 16 years of my tenure, he was one of my best mentor I had and I’m sure it is not just me.”

“He was a very decent person. I have never seen him angry. Whenever we used to meet him, his initial smile used to make us forget our bad mood.”