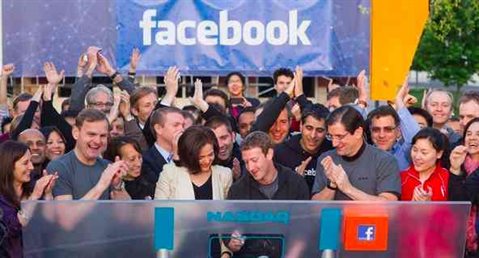 Every company has its own culture and tradition and in such tradition language is the most important thing. If you go to the Facebook office in Manalo Park in America, then you can find such traditions. The employees of Facebook use various words like Purple Tie, Epic while talking then don’t think that its meaning is an attractive tie or very helpful. Because in the Facebook office these types of various codes are used which have their separate sense.

Among them, some of the word codes are as follows:

Its full form is The Nouveau 250. When Facebook was just an average company and working as IPO and started selling shares, and 250 of employees who bought those shares and became a millionaire is described by this code.

This is an introductory training session given to new recruiter engineer for six months who went to get employed in Facebook Company. After graduating in this training, these new employees select their team.

In Facebook, yearly one event is done lavishing to know which employee has worked there for how many years. In this occasion, Facebook also sells specific balloons. Likewise, congratulations are wished to each other in Facebook Page.

This is a competition that Facebook holds every year for their employees. This is also known as Old Field Day’s new version. In every monsoon season’s this day, Facebook’s employees are divided into many different teams, and they wear shining clothes and get participated in various games in one of the park.

In Facebook headquarter, the main cafeteria is known by this name.

This is not any slogans. This is the name of another café at Facebook headquarters. In the memory of his kitchenware Joseph DeSimone, who died in a motorcycle accident, that café’s name is kept as Livin’ the dream.

This is a small red-colored diary given to every employee of Facebook. When its user’s limit crossed 1 billion in 2012, Facebook presented this red diary to its workers. In this diary, Facebook’s mission and other various entertaining incidents are written. In the last page, some kinds of threats are written for employees- if we don’t find something to kill Facebook, then others will surely do this.

Gravity Room is the name of the small room of Facebook’s Instagram. This room has no gravity, means in one part of this room we get no feeling of gravity and you will feel like you are in the space.

Well, this is not the community where the best hackers in the world stay. This is the building where the employees of Facebook meet each other frequently and other open space.