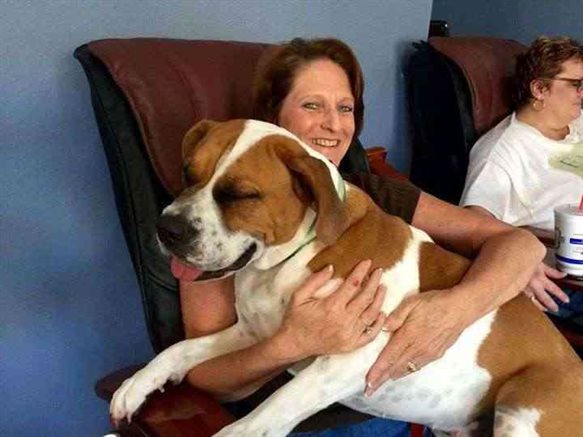 Can you shoot a chubby, sweet canine if anyone asks you to do it?

A Texas woman recently posted a Facebook status asking her friends to help her shoot her pet dog. The woman said that she could no longer take care of the canine.

The owner who has not been identified publicly on Thursday morning posted, “I need someone to come shoot my dog, No one here has the heart to do it, We will provide the gun.”The dog is three years old and is named Cinnamon.

This post sparked a social media firestorm and received a lot of horrified responses. After knowing about the post, the local animal control officers visited the woman’s house.

Animal control officer had collected Cinnamon, but the women allegedly told them to kill it because she couldn’t take care for her and was tired of pet always getting in the garbage. Nicholas Pet Haven picked the dog from animal control and gave her a check-up. Cinnamon has now been taken by a foster family who will take care of her until she is adopted.

The animal shelter coordinator Nanette Moss said that “It was devastating.”Moss has been working with these dogs every day. She further added, “They are my life and when she walked through my door, it broke my heart. She is a sweet dog and has somebody to shoot the adorable dog?”

Authorities say that the previous owner will not face animal cruelty charges as she voluntarily turned the dog to animal control.