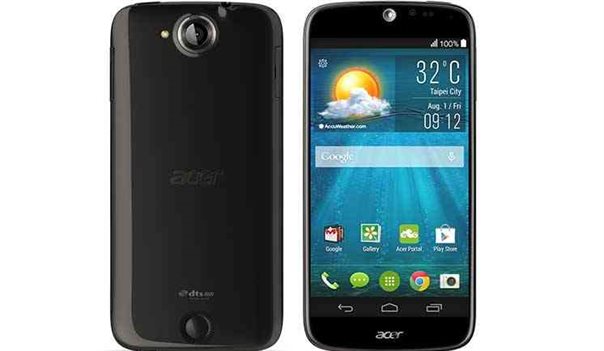 Acer has brought two affordable smartphones in the US. They are Liquid Jade Z and Liquid Z410.

The Acer Liquid Jade Z is priced at $229, and its features include a 5-inch (720*1280) pixel display with Corning Gorilla Glass 3 and Zero Air Gap technology. The smartphone runs on Android 4.4 KitKat.

It is powered by a 1.5 GHz quad-core MediaTek MT6732 processor. It has 1 GB of RAM. It also has the facility of 8 GB internal memory. Another version of this phone is available with the features of a 2GB RAM and 16 GB of internal storage.

Liquid Jade Z supports micro SD cards for added storage space. It has a 13 MP primary camera and a 5 MP front camera for selfies. The phone operates on a 2300 mAh battery.

1.3 GHz quad-core MediaTek MT673 processor powers the other smartphone called Acer Liquid Z410. It has 1 GB RAM with an internal storage of 8GB. It also comes in another version with 2GB RAM and 16 GB internal storage.