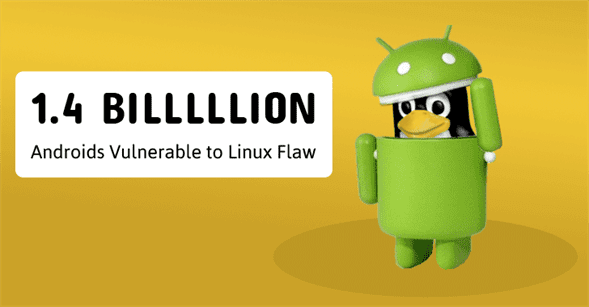 Hackers are everywhere. They are just searching a right time and right place to hijack your personals detail. So be aware of it. And not try to provide any detail information of yours just seeing the glitzy article or posts but first be clear on whether that one currently exists or not. Even a single dot mistake may indicate a malicious site. So always keep those things in Mind.

The record shows that around 80% of Android smartphones, and tablets running Android 4.4 Kit Kat and even higher are vulnerable to a currently disclosed Linux Kernel flaw. And it allows hackers to terminate connections, spy on unencrypted traffic or inject malware into the parties’ communications. Not only this, even the latest Android Nougat preview was considered to be vulnerable. So, the vulnerability (CVE-2016-5696) has affected a significant portion of the Android ecosystem. And it needs to be solved very soon.

History shows that the security flaw first came to implement the TCP protocol in almost all Linux systems deployed since 2012. And on July 11, 2016, the Linux Kernel was patched by Linux Foundations. However, around 1.4 Billion devices are vulnerable to attacks without even compromising your internet. But the best part is that the Linux vulnerability is so complicated and difficult to exploit. However, the risk is the same for the targeted attacks.

If you need any other information on this topic to mention your comment, we are pleased to suggest to you.