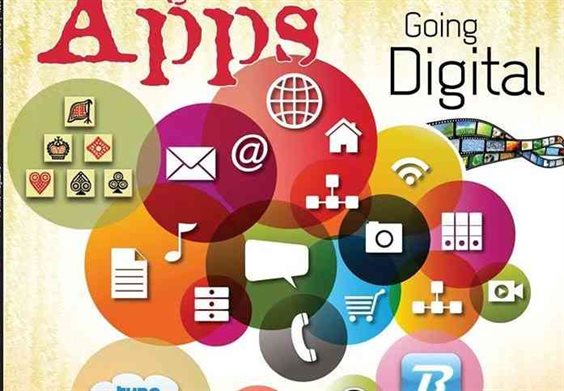 Innovative mobile applications have already proved that the mobile phone is more than just a tool for voice and text communication finding more space in smartphones. Such apps are for multiple services making it easier for getting things done and well informed, indeed.

From universal apps like Viber, Skype and WhatsApp to Nepali load shedding app battigayo, they have been a great asset to get installed in mobile. However, it has taken a long time for mobile telecommunication to reach the current stage of development. It is unpredictable what will have happened ten years down the lane.

Mobile apps market is booming significantly propped up the availability of wireless data connection and growing mobile connectivity around the world. Acquisition of WhatsApp by Facebook, last year at $19 billion, is a clear example of how apps are gaining momentum in the global ICT regime. Tomi Ahonen, the mobile expert, said that things would change within the next ten years that could not have happened in the last 100 hundred years. “Development will be more visible in developing countries like Nepal,” he said during his recent visit to Nepal for Ncell App Camp 2014.

The growing use of apps and new apps hitting the market each day has already indicated that things will be different in the coming days. Nepali app development companies have also started showing their presence get recognized in the international forum. In December last year, Yellow Nepal, a Nepali app won a Google Business Group (GBG) Award competing with products from more than 40 countries.

In the domestic front, the Ncell App Camp, the biggest of its kind, organized by Ncell has helped to expose the potential of Nepali app developers. A total of 4,57 app ideas were registered for the Ncell App Camp. In the training cum competition event,  150 views or team had been shortlisted out of 457,  in four sectors: tourism, education, agriculture and corporate solutions.  And,  24 teams competed with six ideas each in each category in the final. Through the decision of the independent panel of a jury under set criteria, ICT for Agriculture (IFA) in agriculture, a sentinel in corporate solution, Lipi in education and Ritiriwaz in tourism own cash price of Rs. 250,000 each.

IFA also won an additional cash prize of Rs. 500,000 and a chance to participate in international app competition being a grand winner. ErimTaylanlar, CEO of Ncell, said the event had proved that the country is not only famous for Everest and trekking but also talent, technology, and creativity.“Ncell App Camp is just a beginning, and we have more plans to promote local talents,” he assured.

What has attracted young engineers and IT companies to focus on the mobile app is the swelling demand and a huge possibility to sell them in the world market. It is estimated that around 15 percent of mobile users in Nepal carry smartphones which include standard Chinese phones to high-end smartphones of the world’s leading brands like Samsung and Apple. But compared to the developed nations; definitely, the penetration rate of smart phone in the country is low.

Nepal Telecommunications Authority (NTA) statistics show that mobile phone penetration in the country crossed 85 percent and with the majority of people using mobile internet, the data penetration rate is over 35 percent.

Amid the price of the smartphone coming down significantly, it is for sure that more people will be carrying such phones loaded with apps in the coming days. There has also been estimation that smartphones will be available at 10 dollars from 2019 in the country. Be it for essential communication or performing office tasks, smartphones have become a need of an hour to consumers.

Equipped with apps a user can easily find a menu and discount on near restaurant, track public bus arriving in the bus station, get informed about power cut hours and excellent designs of jewelry from mobile without visiting outlets. These are just a few examples of the types of apps already in use in the country. Many IT companies relying on business processing outsourcing (BPO) have already involved in mobile app development.

There are also some startups in the country dedicated to such app developments. Sushil Pokhrel, Director of  Bidhee, an IT company that has recently launched a mobile app –Gahanna Bazaar—for jewelry lovers, said that with mobile being the best gadget to carry, customers want everything thing on it. He further stated that the government should make payment gateway easier for doing the transaction via mobile.

If there is anything in the world market that is changing so rapidly, undoubtedly it is the ICT sector. Even as the country is in a race of adopting each technology hitting market, there is lacking in policy and regularity framework. Furthermore, a low literacy rate in ICT and purchasing power, higher data charge and limited coverage of connectivity are also there for boosting use of apps among mass consumers.

Experts gathering in the Ncell AppCamp suggested Nepali developers focus on a vast international market including little concentrated countries like Pakistan,  Sri Lanka, Bangladesh, and Vietnam by understanding the need there. With the growing size of app demands worldwide, it is expected that over 268 billion app downloads will generate $77 billion worth of revenue by 2017, according to the prediction of Gartner Inc and Nepali companies too could take a chunk of it. Even as app ideas of participating teams were great, basically there is a weakness in parts like mass users acquisition, promotion, and monetization for sustainability of apps, according to the experts.

Karun Thapa, an IT expert, says the significant problems for Nepali App developer is the market because they lack research before they think of developing an App. “Of course, an App emerges from an Idea, but Idea alone cannot work until and unless the developers become able to envisage the demand of possible users.”

Bibhushan Bista, CEO of Young Innovation, a company providing innovative solutions in the areas of data, technology, product and community innovations, stresses on the need for linking the ideas to the entrepreneurship and market. “We can see huge enthusiasm to develop the App among youths, but we should be careful that their labor should not go in vain because of lack of efforts to explore the market and link the ideas with other businesses or entrepreneurship that could complement their hard work, ” he said.

For a large number of people using social networking site like Facebook, it will also be best for startups to promote and to market their products via social media.