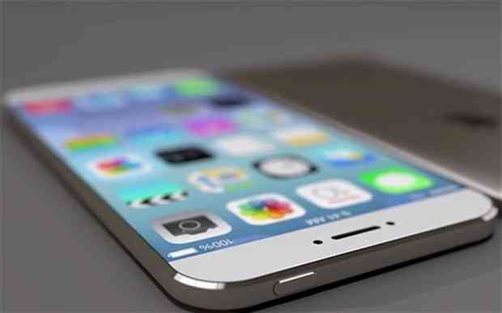 When none of its devices are coming, there are no actual rumors, but when they will be coming soon or when the news on the launch start to come one by one there is no stopping of the stories. Yeah, Apple is the tech giants whose every rumor are speculated and given so many priorities.
This has been the trend. When people don’t know much about other devices, there is a high possibility that they know a lot about the Apple devices that are maybe launching in months. Even during the conference and before that, they already have the rumors of the things that Apple might be coming with. However, they still have something to surprise the users with their new features and plans for the future.
This time to the features of the new version of the iPhone is getting the top priority in the news. The phone might be 6s or 7 we don’t know but looking at the previous versions we think its the 6s that will be the next launch on the iPhone by Apple. You might have seen the queue for buying the smartphone when they launch it. And you can imagine the number of fans for the apple products that they spend days and night staying in the queue to be the one to grab the phone in its first release.
So,  this way you can imagine that when the rumors on the phone are out not even from a proper source, the fanboys/fangirls of apple get excited so much that they are eager to write about it and share the message. These rumors are not sure to be true, but there is a significant possibility of them being true.
The new rumor is that Apple phone will have the force touch feature and they are already in progress of the development. We’ve already heard reports hinting that the Cupertino-based company is preparing to bring a key Apple Watch feature to its next smartphone, but, if this report is accurate, it serves as an early confirmation.
This particular feature was in the apple watch which was quite reasonable based on the ease of access, and it can also be proving useful for the series of phones that Apple will be launching. The reason it is thought to be S series is that it would just bring some minor changes to the phone which generally comes in the s series of apple phones. The features were also present in the mac, and it senses how hard users are pressing down on a screen, to take different actions for different types of pressure and touches.
It’s like the gestures we define in the mobile phones for a specific task. However, this features is not expected to come in handy because unlike mac and watches we carry the phones in our pocket which can create some pressure in some conditions like traveling in buses with many passengers, etc. But now that we know it is in productions let’s hope it’s going to be useful as well. Production is expected to gain volume next month.