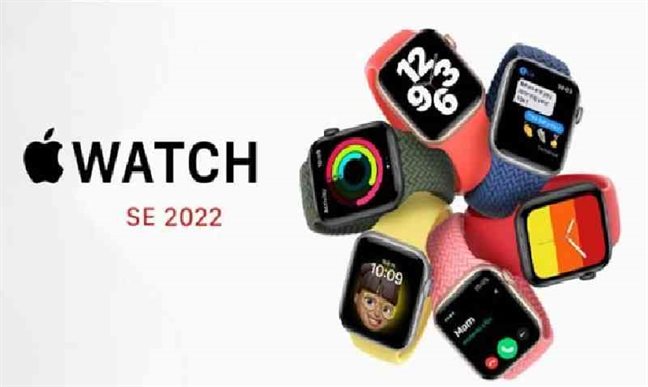 The alleged specifications and pricing of the Apple Watch SE 2022 have been released. This year’s Apple Watch SE model appears to be a solid and more cheap alternative to the impending Apple Watch Series 8.

A price rise over its predecessor is expected, but there are some hardware improvements as well. In this article, we will explore all of the rumors and leaks surrounding the upcoming Apple Watch SE 2022.

The initial Apple Watch SE design is essentially a look-alike of the Apple Watch 4. As a result, it will be available in the same 40 mm and 44 mm sizes.

According to a fresh report, the SE 2 will resemble the original Watch SE, with the same display sizes and just an aluminum casing. However, it appears that many of the internals are being upgraded.

The always-on display on Apple’s smartwatches, which were among the first devices to employ LG’s LTPO OLED panels, became one of Series 5’s distinctive features, and its absence on the lowly Watch SE model may have been a deal-breaker for some potential consumers.

Unless you turn off the function to preserve power, the time is always displayed in the Apple Watch’s always-on display mode, along with the most recent active app and watch face, for example.

Because the Apple Watch Series 5 and up, as well as the Watch SE, all have an LTPO panel, which not only allows for a variable refresh rate but also enables the always-on mode, the Watch SE is theoretically capable of having the functionality, and the word on the street was that Apple may one day enable it via a software update.

However, it is in the internals that things deviate significantly. The Watch SE 2022 is rumored to run on the same S7 technology as the Apple Watch Series 7.

This is hardly surprising given that the company’s current best SoC is used in its SE series of smartphones.

Furthermore, the rumor states that the less costly Apple Watch SE 2022 would have “improved audio” as well as a new heart rate sensor, allowing it to improve on the ECG output capability shared by the more expensive Apple Watch Series models.

In addition, the smartwatch will incorporate a new heart rate sensor to help with ECG tracking.

You’re also more likely to get the always-on display functionality on a hardware level than through some type of trickery, as with the current Watch SE.

Nonetheless, it is unclear if the Watch SE 2022 will have a blood oxygen sensor. Similarly, there will be no difference in battery life, and the charging speed will be comparable to the Series 7.

Furthermore, the Watch SE 2022 is expected to be somewhat more expensive than its predecessor.

According to the tipster, Apple will boost the price by USD 20 and sell it for USD 299. The Watch SE 2022, likewise, is expected to be released in the second half of this year.