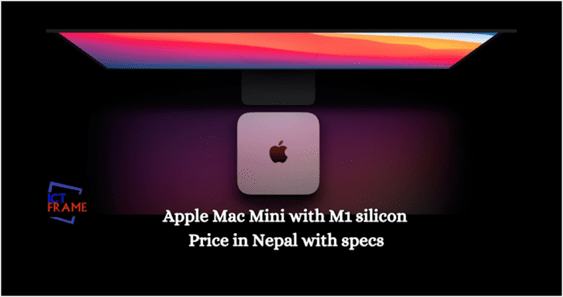 The Mac mini has been Apple’s most versatile computer and now Apple is starting the process of replacing Intel chips which are industry-standard with its own, custom-designed silicon chip. Before some time Apple made industry news by announcing new Mac products based upon the company’s new Apple Silicon M1 SoC chip. Thus marking the first step of a planned 2-year journey to transition over from Intel-based x86 CPUs to the company’s own in-house created microprocessors running on the Arm instruction set.

So you might be curious about it and we are here to help you and break your curiosity. The Apple Mac mini will soon be available in the Nepali market. In this post below, we have described Apple MAC Mini with M1 silicon Price in Nepal with its detailed specifications.

Talking about the design nothing has changed the design. So, if you liked the look of the last Mac mini then you’ll like this one too. Like the MacBook and MacBook Pro, the design of this Mac mini is unchanged. The new Mac mini has the same exact 1.4 x 7.7 x 7.7 inches dimension as its predecessor. However, in weight, it is a bit lighter (1.2kg) than the 2018’s Mac mini (1.3kg).

It may not sound like a difference but the new Mac mini comes in Silver color. So, It dons that classic Mac silver color, whereas its predecessor was gray. The ports are all on the back, so it should be easy with most cable management solutions.

The main focus specs-wise is the new M1 system-on-a-chip. The M1 is an 8-core CPU with four efficiency and four performance cores. It consists of an 8-core GPU and a 16-core Neural Engine for various on-device machine-learning tasks. Also, It is the first Apple-designed CPU and GPU for the Mac-based on an ARM instruction set.

For over a decade, laptops by Apple have had Intel CPUs and either Intel, Nvidia, or AMD graphics. The transition away from that status starts from the M1 chip. Alongside the four performance Firestorm cores, the M1 also includes four Icestorm cores which are aimed for increased power efficiency and low idle power for battery-powered operation. Both the 4 efficiency cores and 4 performance cores can be active with one in front of another, meaning that this is an 8-core SoC, though performance throughput across all the cores isn’t that identical.

Besides the additional cores on the part of the CPUs and GPU, M1 that differs from one main performance factor of the A14 is the fact that’s it’s running on a 128-bit memory bus instead of the mobile 64-bit bus.

According to Apple, the M1 can achieve its strong performance in part because of its UMA(unified memory architecture ), which allows the GPU and CPU to both easily access relevant data without having to slow things down by simply copying it around.

One disappointing factor is it can only drive two displays at a time. In addition one of those has to be over HDMI. Since that HDMI port is HDMI 2.0, it’s throughput can’t handle 8K at 60Hz or 4K at 120Hz. Neither the Mac mini nor any of its M1 brethren support the external GPUs.

If you want the cutting edge of performance you need to prefer a low-end Mac configuration feature. If you want lots of ports and RAM, it is better to stick with Intel for now.

The M1 chip outperforms all the previous models of the MacBook. Outperforming most mainstream processors, this new chip performs exceptionally well in both single and multi-core tests, falling behind only to AMD’s Zen 3.

Most of the integrated GPU in the mainstream processor is outperformed by GPU in the M1. But as said earlier if you want more power, you can’t connect an external GPU to the Mac Mini.

The new Mac mini includes two ports that support Thunderbolt 4. The number of USB-A (2) and HDMI 2.0 (1) ports has remained unchanged. This mac comes with a Gigabit Ethernet but it is not the 10GB bit Ethernet type that you would find on its previous predecessor. This mac supports Wi-Fi 6 and Bluetooth 5.0 and also includes a 3.5mm headphone jack as well.

The starting cost of this MAC mini in the US is $699. So, converting that to Nepali Rupees the Apple MAC Mini Price In Nepal can be expected to be around Rs 1,10,000. 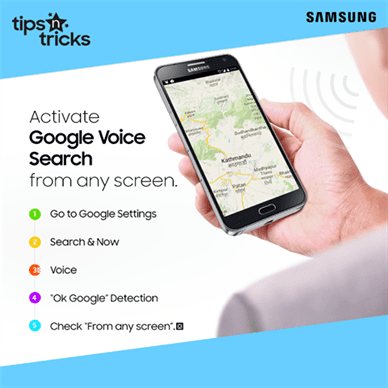