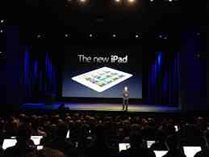 Do you want to know what is apple coming up with now?
We have known what other companies have been up to like Google announced its plans for the future as well as this year in the Google I/O.
Similarly, Apple is also going to have its Worldwide Developers Conference where they will let their fans and users know what they will be coming up with this year and what they are going to focus in the future.
WWDC is however predictable as the news already would have been leaked before the conference, or we can expect what they are coming up. But they never stop fascinating us with their surprises though.
Apple works with full dedication to their hardware so they are able to sparkle those surprises to the people. This year’s conference was going to hold on Monday where Tim Cook is expected to announce the new iPhone and mac features.
The conference follows a tight script and the announcements are like before, but the event is still expected to be the center for the focus to many people.
We have managed to acquire some of the rumors from the market even though we discussed some already in our posts before. They are:
1. Apple gets into music
Apple bought Beats for $3.2 billion in May. Apple is not expected to purchase beats just for the headphones but also for the streaming service. Apple sells music through iTunes, but now the trend is changing as people have started listening to music online with the help of sites like Spotify, Pandora, and Rdio. And Apple wants to get into the music streaming business as well. Apple is expected to launch a subscription service to the user for $10 for a month. The service may also be available for Android.
2. Better Apple watch app
Apple has been limiting controls for the watch up to now. With the flow of Apps for the clock they we quite unimpressive. Therefore the watch only acted as a notifier for the I phone nearby. Apple is expected to give developers the full controls, and they may feature a digital crown as well. Therefore you can expect a whole new form of a watch that Apple will bring in the coming days in the market. The developer’s tools may be available for the developers after the conference.
3. Siri improvements
Siri is the most famous mobile assistant. However, Google now is getting impressive and may take the place of Siri in some years. Therefore Apple will also be focusing on the improvements in Siri like they may add the ability for Siri to learn by itself about the need of the users and then display the suggestion. It will be able to access the user’s data to know the actual information needed to the user.
There are other rumors too like Apple maps will be improving so that they will try to come up in competition with Google Maps. However, it seems quite hard for Apple, but they will surely be growing on that. And the rumors about improvement on IOS and OS x is also expected to be true. But we are not sure about what is going to be with the Apple TV. The rumor says that Apple won’t be focusing on it. However, we are still not sure until the WWDC.

Ganga Kafle Receives Yoast Care Fund for his Contribution to the...