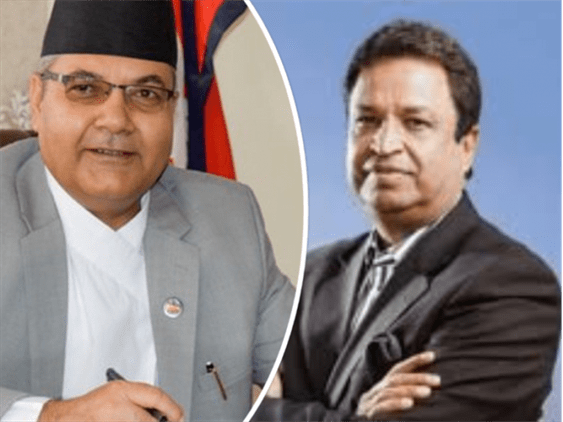 Minister for Communication and Information Technology and government spokesman Gokul Baskota has requested billionaire businessman Binod Chaudhary needs to pay Rs 20 Arba so that the CG corporation can reinstate their GSM mobile license.

Answering the question posed by the media persons at a regular press conference organized to announce the decision of the Council of Ministers, Baskota said that CG Communication would be given the GSM mobile operator’s license after paying Rs 20Arba according to the rules stated by the government.

“When other companies are paying Rs. 20 Arba, no company can operate in less amount. If CG pays the amount as per the law, their license will be reinstated” Baskota said at a press conference.

Baskota said that just because the government has given Rs 10/11 crore to CG for the operation of telecom in the rural areas, the company can’t acquire the license of Unified Telecom for just 25 Lakh.

He said that just because Chaudhary is a Congress MP and billionaire businessman, there was no basis for issuing licenses without fulfilling the process mandated by the ministry. Minister Baskota openly asked Chaudhary about the time span of their free telecom services as per their manifesto. He also added that the government would be thankful if the company could provide free service forever.

Minister Baskotaadded, “No one can claim that they haven’t received their license without paying taxes and royalties. Just because they have a well-established family background, the process can’t be altered in any case.”