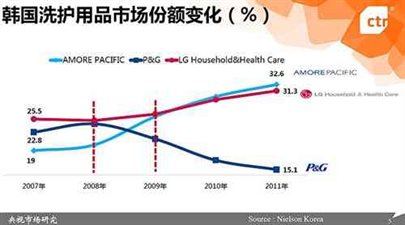 China has always been ahead in the world of smartphones and other technologies. We generally see and have used phones that are manufactured in Taiwan, America, South Korea, Japan, and Canada. Even in the US market, there are rare chines phones found so that we can guess how much market share do they share with the US market.
However, the Chinese brands have already gained a big market share outside the US and china itself. The only reason the Chinese giants have not launched their phones in the Us is because they are waiting for  a perfect time. Previously if you were thinking of buying an smartphones, you would have lots of options of the manufacturers.
However, china had been left out of it. but its about to change soon. With the products Chinese brands have been coming up with, there is no second thought on how they are going to win the market. You will be able to buy phones on a couple of bucks and you don’t have to sign a contract too. Soon enough Chinese brands are thinking of entering the US market and they think they can take their market share to a new level.
Chinese brands should be confident about their products as they have got lots of benefits over other brands. Most of all their design and cost efficiency is the key to their increase market share and they also have additional features compared to the American phones.  We have collected some names that may be a part of the US market as well in the coming years.
1. Lenovo:
Its the worlds no 3 smartphone maker which entered the Us market with the purchase of Motorola. Its only sells few of its lenovo branded phones in the US. Motorola market share has also lost in the US. They only have got 5% of the totla market share. However, its good then has nothing. Lenovo is also planning to launch their smartphones in the US market targeting more market share than before.
2. Huawei:
Its the worlds fourth smartphone maker which has always wanted to enter the smartphones market in the US. It has been so interested that it even changed its hard pronouncing name to ” futurewei” and it is expected to enter the US market by launching the phones with two of the major carriers of US in coming years.
3.LeTV:
It is also one of the best considered smartphones for a Chinese brand. It sold 300,000 phones in just 3 seconds when it launched its first smartphone. It has a huge market in china and its looking forward to increase their market in the US. LeTV thinks that by providing free movies and TV shows along with superior Harmon and Dolby sound technology on the device, people will look favorably at its LeSuperphone. But to start, it is only proving their chinese-american customers are thinking that they are familiar with the products.
4.Oneplusone:
One of the chinese startup smartphone manufacturer that have gained much popularity with the unique marketing scheme. The company sold its high-end, $249 smartphone through invitation only.
There are other companies like  Xiaomi and ZTE that will be entering the smartphone market in the US in the coming years and they will be coming strong.