Facebook is one of the social network sites that people spend most of their time on. Its the platform for everyone to connect, get entertained and learn as well. The basic principle of Facebook is sharing; however, so it generally focuses on making the sharing part fun and entertaining.
However, there are other social networking sites as well, and they may have a different approach and motive. But the main thing is they all share the same destination. Facebook is always focused on making the contents of the sharing more accessible. It focuses on the different part of the communication as well, and it is also aware of the fact that sharing is also going to make them a lot of money.
With ads and sponsors, Facebook is benefited by the number of users in the web application. Nowadays Facebook has increased their ads and working on making the ads more active by including them in the videos that people share. Like the way YouTube earns its revenue with ad-sense and ads on videos, Facebook is also planning to pay the users for uploading videos with the terms of Facebook.
Facebook will be taking 45% of the money earned whereas the rest is for the user who has uploaded the video. A new era has advertisement has now started on Facebook as well. And this is excellent news for the users of Facebook who have always wanted to upload videos in the social network and share them. Now they have more reasons to share it and get rich with the no of views. However, the users have to agree to some of the terms of Facebook. Like the video should be of the user, i.e., originality and the amount Facebook is going to keep for itself as discussed earlier.
The feature is known as suggested videos of Facebook. Not only Facebook has introduced this new feature to lure users into uploading videos and agencies to advertise with it, but it has also started a war with youtube. Facebook looks like it is trying to take control over most of the things. The advertisement was expected just up to pages, but now it has gone to a new level, and if it’s going to do something big, there is a high chance youtube may not have that good of a future as advertisers.
The news has been included in the Hindi version of BBC  and USA today as well. The approach of sharing revenues with the creators may interest a lot of users who weren’t even interested in Facebook in the past. This venture has answered how Facebook will be rivaling against the youtube. However, Facebook still faces a demerit of finding videos as easy as in your tube.
As the web app is focused on connecting people, it will have to help now users find their choice quickly. According to Facebook, it has more than 3 billion views on videos daily, and this has suggested that Facebook has been going forward with great speed in the world of videos.
YouTube also provides 55% of the revenue to the users and the same is going to be provided by Facebook to its users. Facebook’s approach to ad-supported video is different from most digital video distribution services like YouTube. 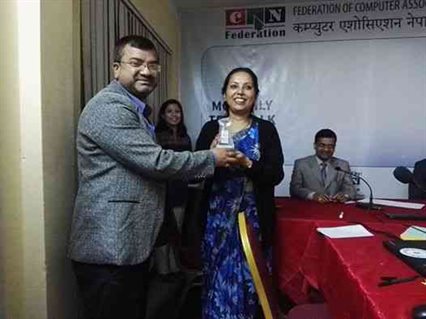