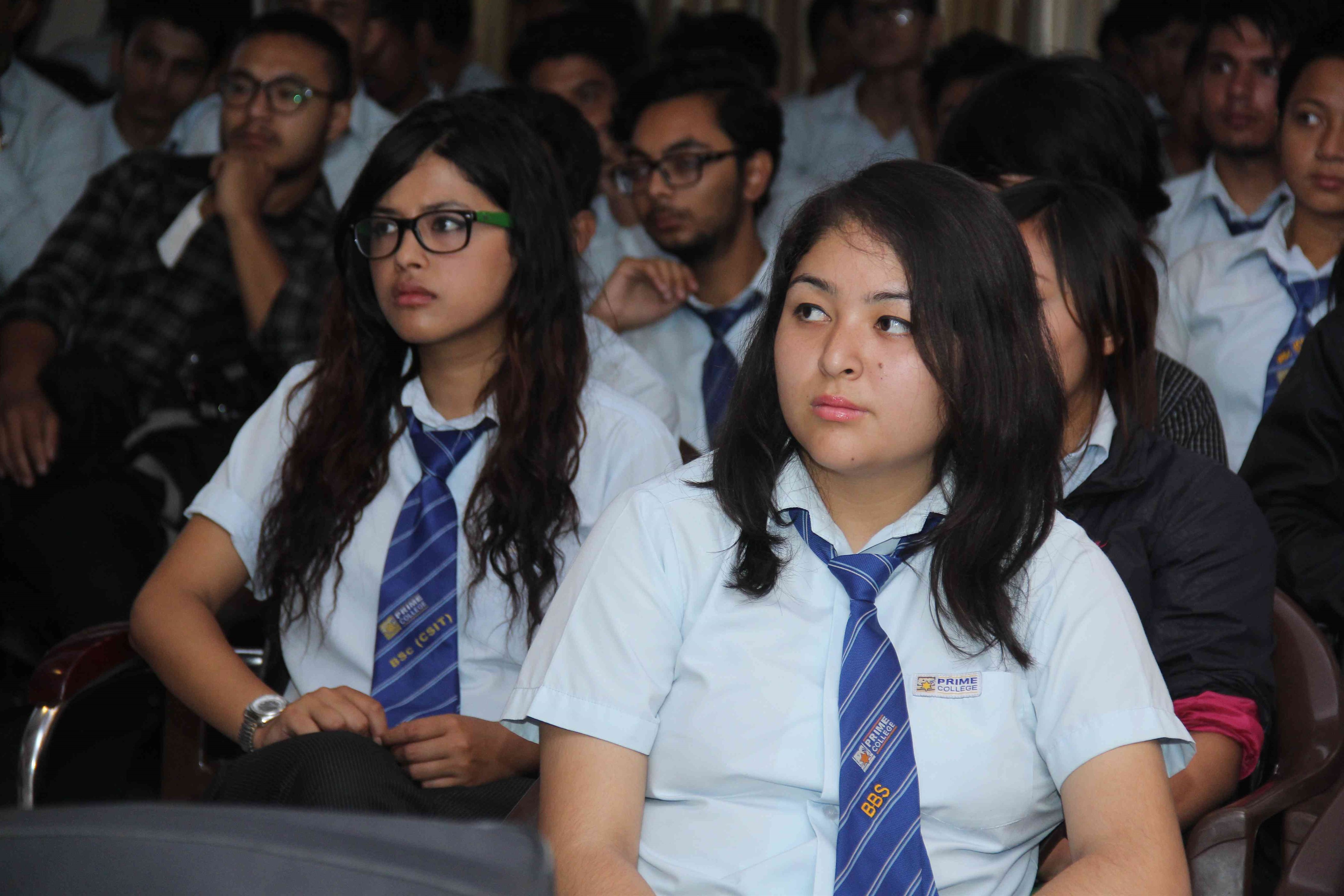 Cyber Security Awareness Program has been successfully completed by the Cyber Security International (CSI) Nepal at Prime IT College, Khusibu, Nayabazaar this morning.

The chief guest of the program was the renowned TV artist/director Mr. Nirmal Sharma, and it was assisted and approved by Mr. Dilli Prasad Sharma, the coordinator of the CSIT department at Prime College. Cyber Security experts Mr. Laxman Bhattarai and Mr. Chiranjibi Adhikari were there to share their knowledge regarding cybersecurity. From the media, there was Mr. Bhesh Raj Belbase, senior journalist of Gorkhapatra Daily and Mr. Kiran Panthi, senior photojournalist. The program started with Laxman Bhattarai’s presentations on website security. He gave a brief description of the frequent attacks on a website and some knowledge about the malware along with the explanation of how it works and slowly starts destroying our computer. He demonstrated how hackers use a third party source to collect the data and make them look like the culprits. He also described a few preventive measures for us to be safe from getting the victim of being a zombie computer/website. He recommended maintaining security firewalls in our email. He described the methods for managing our web pages and making them secure as well.

The next session of the program included a message from the chief guest. The television artist Nirmal Sharma started his talk with a small story about his son and his friend. And he also mentioned a website working on cybersecurity, which was started by his friend. His other talks included the “dos and don’ts in the social media.” He explained how crucial role our social media profile plays in our life. He said that it gives a brief mentality about the person. He even told that he recruits his employees by analyzing the contents they post on their Facebook profiles. His words were worth hearing. He bid everyone goodbye and went right after his speech as he had a shooting going on.

He was awarded a token of appreciation by the coordinator Dilli Pd. He and Sharma took over the stage for a couple of minutes and put forward his views regarding the need for cybersecurity and awareness. He handed over the microphone as well as the scene to Mr. Chiranjibi Adhikari after he was done.

The last session by Mr. Chiranjibi Adhikari was fascinating. He started with short poetry (Nepali) relating to the cybersecurity and gave a head start to his presentation with a short story about a woman being robbed by the cybercriminals. He explained the scenario and warned that not only her but each one of us could have been the victim if the secure methods were not followed. He showed some statistics about hacking history in different parts of the world and provided some shortcut security tips for our home internet. He also warned not to post the personal information and every single detail on social media like Facebook for they could be the reason we could get into the trap. He was also aware of the most growing malware of today, ransomware and some protective measures for it.

Then he showed some videos regarding cyber security and hacking. And the program was officially ended with the group photographs taken after the interaction session.