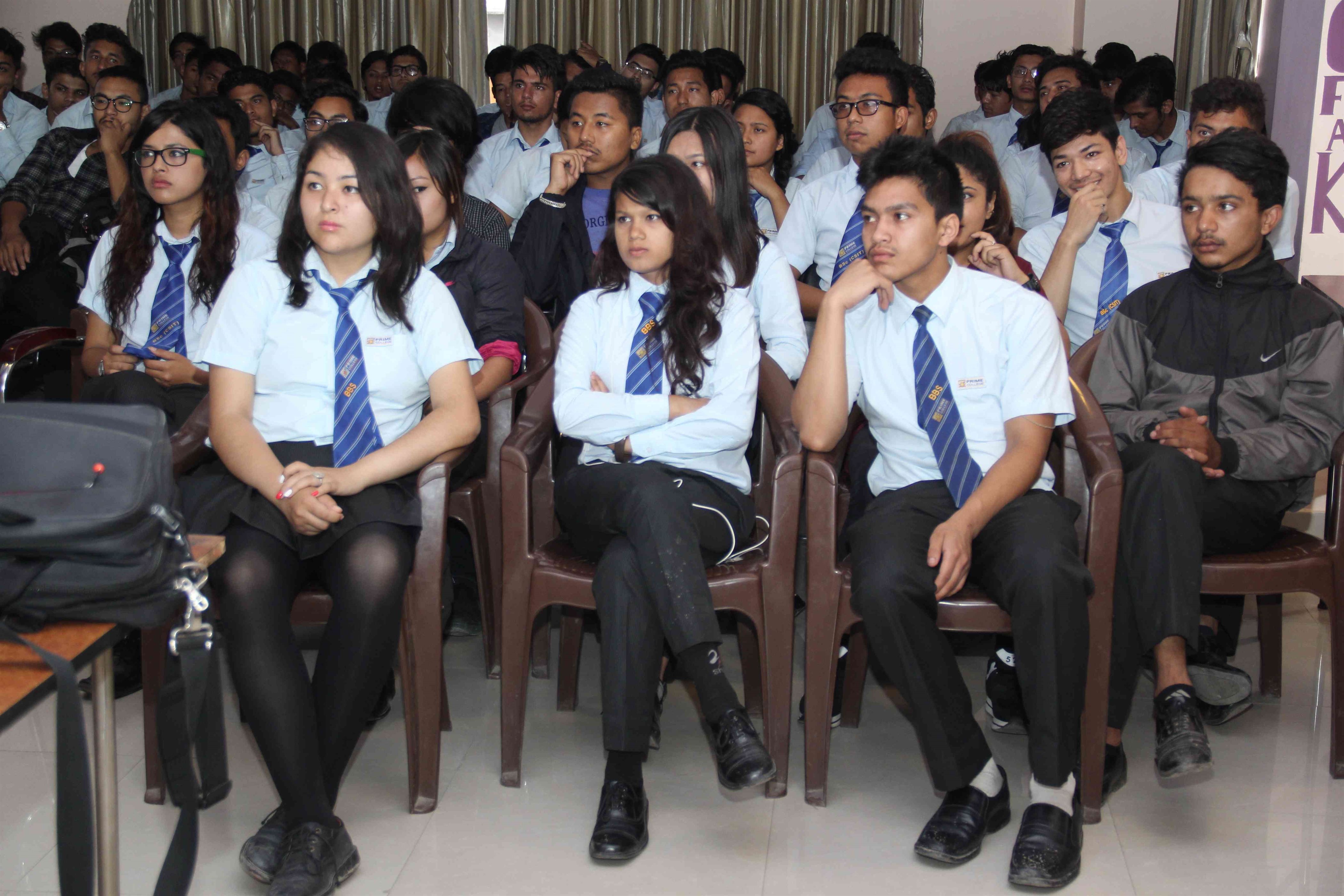 The main motto of the program is to create awareness among people about cybersecurity and the organization has been conducting cybersecurity campaign to raise awareness.

Today’s program was also very interactive and informative as the member of CSI Mr. Laxman Bhattrai, and Mr. Chiranjibi Adhikari gave a presentation to the student of Prime College.

He had presented a fascinating presentation about growing crime in social networking sites and how people are being fooled and taking advantage of their ignorance. He also talked about valuable information and tips to stay safe from growing malware threat across the cyberspace. He urged the importance of being careful while we are dealing with our device and always being on the safe side.

He also shared some of the short keys to be on the safe side so that no one can trace your information before or after the use. Comedian-actor/director Nirmal Sharma who is also the member of CSI was also part of today’s program, and he also shared few words with students. He talked about how CSI was formed and how he also became part of the awareness campaign.

The students were interactive, and they were also interested in it and took part in the program with great enthusiasm. The program concluded with some very informative video which showed the student about the top five hackers of Nepal and some other information related to cybercrime and how they have been tackled. The students were very keen to know more about cybercrime.