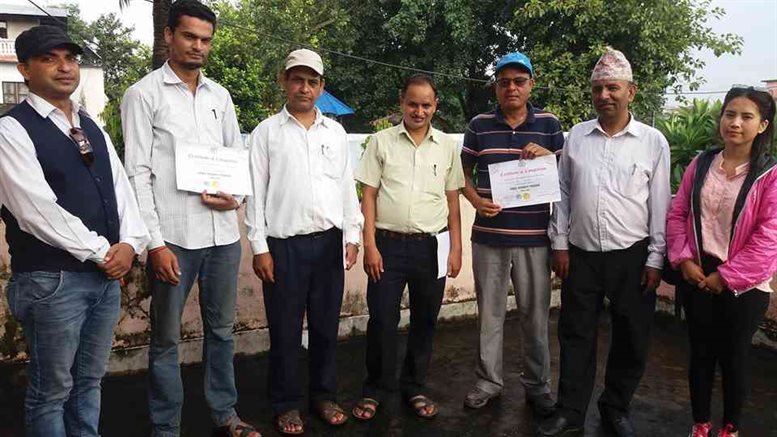 They have given a very good feedback. According to them, the program is very effective. With the request of some participants, second level program was also launched continuously.
It took about three and half hours, i.e. from 2:35 to 4:05, to complete both the programs. After completing the training program, the participants were happy as they learnt the uses of computer, e-mail and the face books; DOs and DON’Ts in social media; and other security measures necessary to be applied.
After the second program, the training participants were happy as they learnt the security measures in stand-alone computer, in e-mail and even in Facebook. Trainer Mr. Chiranjeevee Pokhrel then issued certificate to the participants of second level programme with the assistance of Local Program Coordinator Pooja Gurung. The program was conducted under the coordination of Mr. Chiranjeevee Pokharel, Former Computer Co-ordinator of 43 Schools in WPABSON, Chitwan.