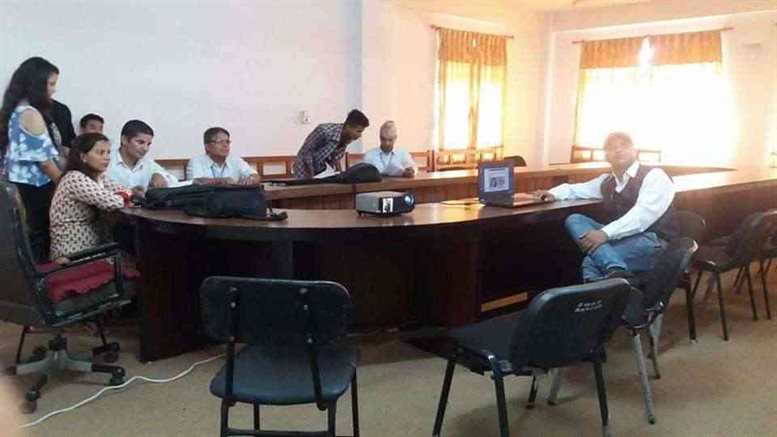 Now Dr. Subedi, the CEO of Cyber Security International, is launching cybersecurity awareness campaign nation-wide. Firstly through Kathmandu, Jhapa, and Chitwan. Today, Mr. Chiranjeevee Pokhrel, Regional Trainer and Chitwan Branch Coordinator of Cyber Security International, conducted the Awareness Generating Program in District Administration Office with the assistance of Local Program Coordinator Pooja Gurung. He demonstrated 74 slides with the short descriptive speech on each. They have given good feedback and have called for re-conducting the program on Wednesday as some of the ladies staff were absent due to Teej festival.

For Second Level Training, the officials have fixed the time by this weekend. It took about 2 hours, i.e., from 1:30 to 3:30, to complete the program. After the second program, the training participants were happy as they learned some DOs and DON’Ts in the use of social media like Skype and Facebook; also they have discovered the security measures in a stand-alone computer.

Trainer Mr. Chiranjeevee Pokhrel then shared contact numbers with the participants and completed the first level program with the assistance of Local Program Coordinator Pooja Gurung. The plan was conducted under the coordination of Mr. Chiranjeevee Pokharel, Former Computer Co-ordinator of 43 Schools in WPABSON, Chitwan.