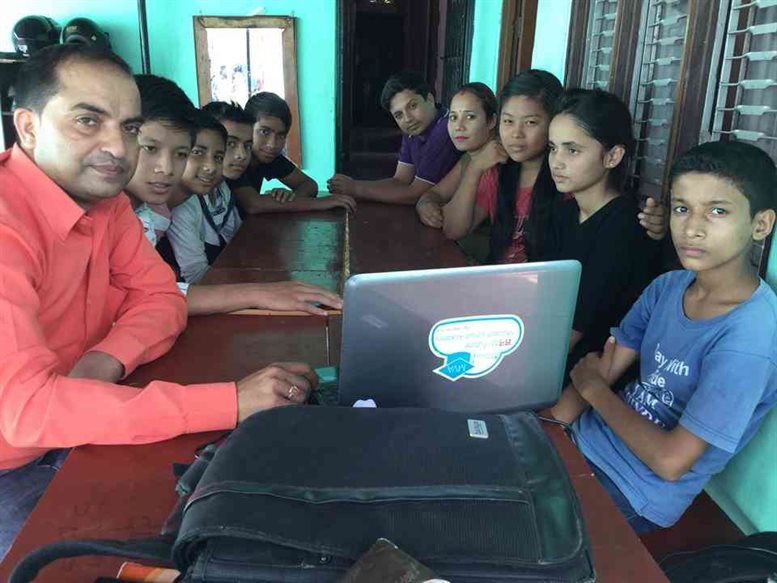 August 08, 2016 – The program was conducted and coordination in the initiation of the CEO of CSI Dr. Ramhari Subedi based in Washington DC USA. In the program, Trainer Mr. Chiranjeevee Pokhrel trained the class-8, 9 and ten students of Peacezone School. The awareness generating program was run under the coordination of the hostel in-charge Mr. Binaya Dawadi at Peacezone School’s hostel premises.

Considering the increasing threats revealed due to the development of the network, Mr. Pokhrel had given Cyber Security related awareness generating training to the students – girls and boys residing at Peacezone School, Bharatpur.

Later, the trainer Mr. Pokhrel delivered a short speech on each of 74 slides prepared by the CEO of CSI Dr. Subedi.

In the awareness generating program, the trainees have been given a clear idea about the increasing threats in cyberspace with several examples of spam, phishing and scam and so on.
The trainees today were the students of Peacezone English School including Binit Neupane, Suraj Kandel, Susan Thapa, Lomas Adhikari, Arjun Lamichhane, Jamuna Gurung, Rishu Kandel, Aayush Thapa Magar. The hostel warden couple Mr. Binaya Dawadi and Mrs. Pramoda Paudyal also participated in the training.

The trainees have given very positive feedback and are interested in attending the second level training asap.

The program that started at 2:00 pm. has been completed after getting feedback at 4:00 pm.