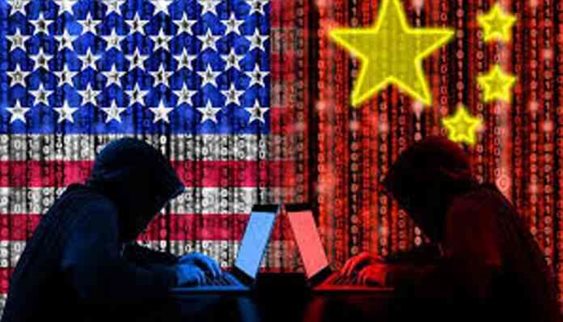 We all have made “China is Watching” jokes or heard about China stealing our data from its software and apps. But how true it actually is?

The Indian Express’s “China is watching” investigation has come to a new spotlight about China’s cybersecurity threat. The research had a finding of operation by a Shenzhen-based technology company. The company has links with the government and the Chinese Communist Party about keeping a record of India’s enormous mass and entities.

The Shenzhen-based company is Zhenhua Data Information Technology Co. Ltd. The company talks about them being pioneers in using big data for “hybrid warfare” and the “great rejuvenation of the Chinese nation.”

Firstly, after the Gulf War of 1991, the Chinese realised conventional warfare was rapidly ending. Chinese had already understood American technology being far ahead of them. Similarly, they realised they could leapfrog a couple of generations and get ahead of time after stepping into the ICT world. This decision coincided with China turning into the electronics factory of the world.

Moreover, in 2003, the Central Committee of the Chinese Communist Party and China’s Central Military Commission officially approved the concept of “Three Warfares,” consisting of psychological, media, and legal warfare. After that, they prioritized PLA to fight a war in the information domain by 2020. Soon, the PLA had already begun setting up intelligence units dedicated to cyber operations.

World’s discovery about the PLA’s commitment to Cyberwarfare

Likewise, in February 2013, the Alexandria, American cybersecurity firm Mandiant published a report about China’s cyber warfare operations. The Mandiant report documented evidence of cyberattacks by PLA Unit 61398, in Pudong, Shanghai, with several computer hacking attacks in the past.

The unit is a single organisation that has also conducted a cyber-spying campaign against a broad range of victims for at least the last 15 years. From the quantity of information stolen, it is one of the most prolific cyberspying groups.

According to the Mandiant report, the group had stolen up to billions of terabytes of data from 141 companies across 20 major industries. China considers the nature of “Unit 61398’s” work to be a state secret. However, we believe it has been engaging in harmful cybersecurity threats. Meanwhile, they estimate hundreds and even thousands of people staff in unit 61398. The Mandiant report also said about Unit 61398 requiring its personnel to be skilled in computer security and network operations and be proficient in English.

Reaction to these Cybersecurity Threats from China

After retirement, former Northern Army Commander Lt. Gen DS Hooda (Retd) headed a panel to set up specialized information warfare units. He said that back in 2014, the United States government discovered that a Chinese team had hacked into the Office of Personnel Management of the federal government to take out records of 21 million people. In addition, about 4 to 5 million of these people worked for the US military and CIA.

“Gen Hooda regards this hack as one of the biggest hacks of classified personnel documents. To sum up, the hackers had got hold of 127-page forms, which listed every detail of the individual official.