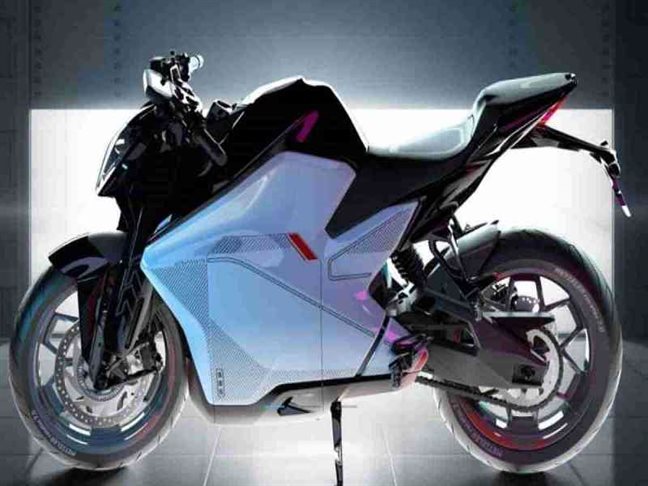 The electric bike Ultraviolette F77 is going to launch this week. F77 is a sports bike and has been one of the most anticipated electric bikes of the year to go public.

According to the company, more than 70 thousand units of this bike have been pre-booked from 190 countries. The company said that it will be released in India on November 24. TVS Motor Company has also invested in it.

The company took 5 years to develop it and opened its pre-booking at Rs 10,000 a month ago. But its price has not been made public yet. Its estimated price in India is said to be between 3 lakh to 3.5 lakh.

This bike will be available in three variants. These bikes are available in Airstrike, Laser, and Shadow colors. It has a lithium-ion battery pack. Also, the battery is secured inside an aluminum casing. It also includes 5-star safety and passive air cooling technology. F77 is powered by a 25kW electric motor.

The battery provides a range of 307 km on a single full charge. The company claims that this will be the highest-range electric bike ever.

The company developed the new model to reduce weight in the chassis due to modifications to the battery.

The same company also worked on the motor mounting process which resulted in the bike being 30 percent lighter, making the bike stronger. The transmission mechanism, gear teeth, and swingarm version of the bike have also been changed.

Although the bike has muscular and aggressive looks, it is quite lighter. The bike also comes with Bluetooth connectivity and a TFT screen. In addition, the TFT screen includes features like voltage and current reading, active tracking, and efficiency mapping.

Ultraviolette Automotive is an Indian electric vehicle startup company based in Bangalore, India founded in 2016. Till 2022, the company has received $15 million Series C Funding from TVS Motor Company and Zoho Corporation. The startup unveiled the F77 in November 2019, and the deliveries were scheduled to take place in October 2020. However, things got delayed due to the coronavirus pandemic.