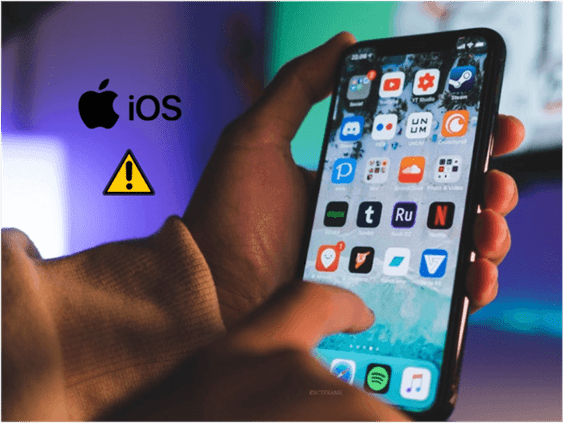 Apple users around the world experienced a technical problem of app outages. Popular apps such as Spotify, Pinterest, and Tinder went down all over the world.

Following the incident, all app owners/developers have blamed Facebook for the problem in the initial analysis.

These apps became unusable for a few hours and angry users took to social media complaining about the issue. DownDetector, which monitors net blackouts, reported that it was a widespread outage.

Although Facebook has resolved the problem, what could’ve been the reason for such app outages throughout the globe?

What Caused the iOS App Outages?

According to Facebook, “a code change triggered crashes for some iOS apps using the Facebook SDK [Software Development Kit]”.

Furthermore, the social media giant claims to have identified and quickly resolved the issue. Facebook also apologized for the inconvenience in a statement.

It was not the first time that Facebook’s SDK caused app crashes. A similar incident occurred back in May when several major iOS apps crashed at launch due to Facebook SDK issues.

What does this mean?

Well, most apps use Facebook SDK as a login feature for users. Remember the “login with Facebook” option that you see on most apps?

Yes! App Developers are encouraged to integrate the feature so that the social network could take advantage of the user data from the apps.

Therefore, a code issue on the Facebook SDK can very possibly trigger problems in other apps.

However, android users commented that their apps were working just fine.

Top 9 Causes Of A Server Down Or Server Crash