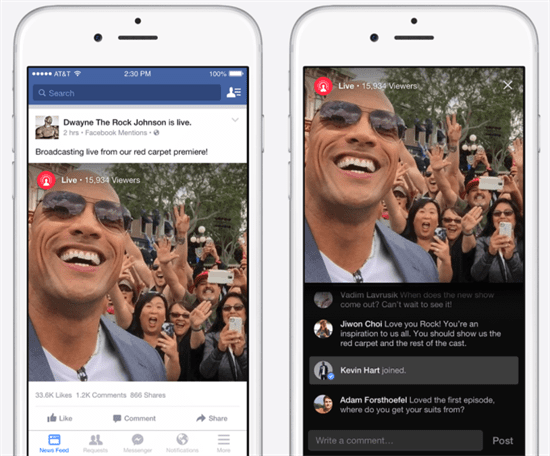 Social media site Facebook has started streaming video feature “live.” But, this feature does not apply to everyone; this is only for celebrities.

Through the medium of “live,” for artists, singers, and other celebrities it will be easier for them to be in touch with their fans.

Product manager of Facebook Wadim Labrushi has written in one of his blogs, “From today celebrities can share their live video through mention option. This is that type of app through which players, singers, politicians, and other famous personalities will have easy access to be in touch with their fans.”

According to him, in Facebook live streaming video, likes can be done on the live show, it can be shared, and comment can also be written and even we can talk with celebrities as well. Likewise, since when your friends and other people watched your video, this type of information can also get by stars.

According to the director of Facebook, he has said that the fans of favorite personalities can connect with them in real time through Facebook Live Video Streaming Feature. Likewise, the people who couldn’t watch the video can get a chance to watch that video later, confirmed Facebook.