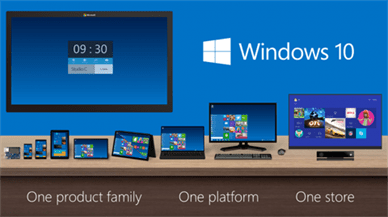 The questions are raising on the security of Microsoft’s new operating system Windows 10, which was launched recently on 31st July. According to some people, through this operating system’s privacy setting, the users are being monitored by Microsoft.

In Windows 8.1, you should have cared about five things about security settings. Those 5 points are namely, General, Location, Webcam, Microphone, and other devices.

In Windows10 there are 12 those types of points, where the default setting is open. Means, the users have to close them themselves. Otherwise, it will remain open only.

How much is needed that much information only

Through Cortana Software, Microsoft tries to know more about its users. Cortana wants to know about your handwriting, calendar, and voice as well.

But, the decision is in your hand whether you answer or not, the questions asked by them.

Microsoft wants to know from users that, the app which is working in the background and those apps which are not in use lately, at that time, that app needs or don’t need to send the information of the user to Microsoft. If you “ON” that feature then, it does not just get all your data but also the gadget will consume more battery power.

Either it is Microsoft or Google or any other company. They want to gather information about their users in the maximum amount so that they can analyze the type of users and use it for business or advertisement. There is also blames that users are being spied. That’s why, while using the products developed by those companies, you should be careful, when they ask you about your stuffs, and you should never answer unwanted questions, being proposed. -BBC

Protect Your Smartphone From Phishing Attacks in Whatsapp