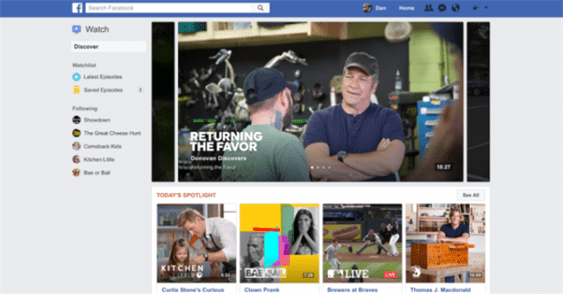 Facebook Inc. has shown a broader interest in sports streaming. Facebook and Major League Baseball (MLB) has signed a deal to broadcast 25 baseball games. Likewise, Facebook will stream one game a week beginning on Friday. Both Facebook and MLB have not disclosed financial terms of the deal.

An estimation shows the social network spent $30 to $35 million for the exclusive deal. It is the first time a major U.S. league agreed to stream its games on Facebook.

Facebook takes this step to expand the social media into the world of live programming. The Facebook allows users to stream the games on its Facebook Watch Video service.

The interest of Facebook over sports is increasing every year. Last year, Facebook made a deal with Fox Sports. To stream UEFA Champions League and 15 college football games.

The world’s social network is increasing its conventional TV networks and is working together with its active daily users. Facebook had a total ad revenue of $40 billion last year.

Each Facebook broadcast will include live chatting. Or way for viewers to comment during the games. MLB network will also produce the game for Facebook. Watch. And it will distinguish them from live streaming.

The baseball games will broadcast on Wednesday afternoons so most of the stream will not be LIVE. MLB will produce highlights, weekly recaps of the league and other unique productions.

Similarly, Major League Baseball will re-imagine social experience on a national scale. It is possible by distributing the live game on Facebook. The Social Network has rights to show baseball on a global level, but they won’t be exclusive outside the U.S.

The partnership of MLB with Facebook is going to be a commitment of MLB to connect people around the world. It is a creative step in serving diverse community fans to enjoy games on Facebook.

Facebook has around 182 million active users in the U.S and Canada. The deal between Major League Baseball is a major highlight of the baseball sport. Facebook will update the schedule of the game every month.

Baseball games are engaging community experience with the joint venture with Facebook. Facebook had a deal of 20 non-exclusive Friday night games last year. The previous games were on mid-May.

In conclusion, the Facebook will begin the beginning of the season on Aril 4. The first match will be between Philadelphia Phillies and the New York Mets.