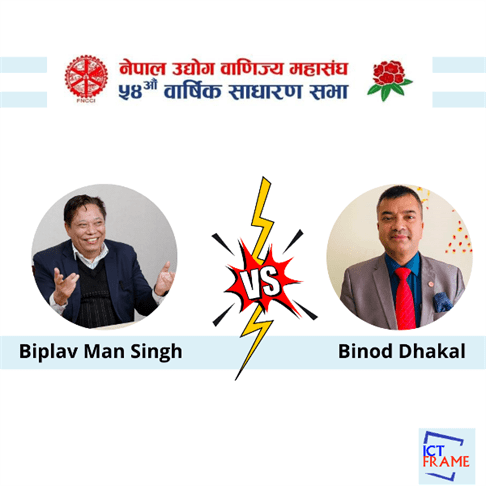 FNCCI Election Special: The upcoming 54th convention of the Federation of Nepalese Chambers of Commerce and Industry (FNCCI) is being held in Kathmandu on Mangsir 11, 12, and 13. This time the convention is also electing new leadership in the federation. Entrepreneurs are competing for the post of senior vice president in two groups, Chandra Dhakal, and Kishor Pradhan.

Below is the comparison between Singh and Dhakal, about the upcoming FNCCI Election and information technology. Biplav Man Singh is an active person in the information technology field. He has become president of CAN (Computer Association Nepal) for two terms. Shrestha has also worked as the chairman of Digital Signature’s Nepal Certifying Company. Also, he is the chairman of Capital Market Technology. He has worked for four years as a member of the High-Level Commission for Information Technology. Similarly, he is in the Federation of Nepalese Chambers of Commerce and Industry (FNCCI) since 2003. In that tenure, he has won many times and lost many times. During one term, he was elected as a member of the working committee. Binod Dhakal is an Engineer by profession and expert in the Information Technology Field. He is the former president of Computer Association Nepal (CAN) and has served for 5 years tenure. Dhakal has also been elected the president of the Information Technology development committee and also has worked as the advisor of the committee. Likewise, he has been involved in various other IT related committees and activities.

Reason for candidacy in the FNCCI Election 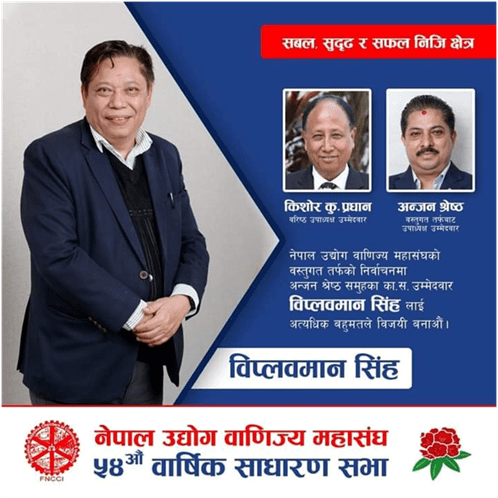 According to Singh, he has given candidature in order to boost the federation. Seeing that past members have a lot of influence in the federation, this time he is willing to change it. He will try to create a good workforce with a good team and plan on how to transform the development of the country and how to reinvent it. He is planning to empower R&D. By this, both the FNJ business sector and the country as well will be benefitted. At last, he said his team is drawing up a white paper and working with the government with a clear roadmap in order to revive the economy. According to Dhakal, members cannot do much on their own. But he did his best and provided proper feedback in the last yrs. He insisted that if gets elected then he will enhance the development of the FNCCI and government policy level in the Information Technology Sector. Dhakal has seen some development changes done by the government. The government is trying but still, there are some potholes that need to be filled. IT is blooming in the banking sector but looking at the industrial state it is still lagging. At last, Dhakalsays ‘I am an expert in the IT field and with my advise and support we can develop local areas as well as bring enhancement in IT field’