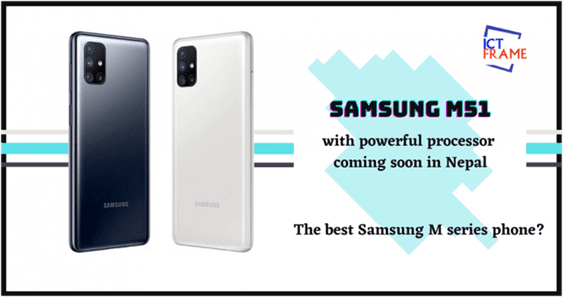 The Samsung Galaxy M51 is the best of the M series released before. Many people ignored the M series before due to low powered chipset. But this new phone has a powerful chipset and it shines in all the departments and has insane battery life.

Check out the Samsung M51 Price in Nepal with detailed Specifications below. 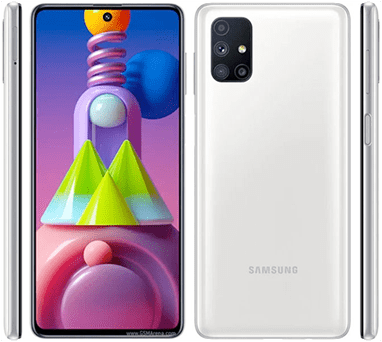 If you have used the M series then you know that this Samsung series has always had a huge body. The same case is of Galaxy M51. The device feels heavy all thanks to the mammoth battery the device packs, the Galaxy M51 weighs 213 gm. This phone feels solid in the hand and has a classic back which offers a better grip. So it is not as slippery compared to other phones with a glass back. Also, the back of the device consists of a fingerprint magnet.

The Galaxy M51 includes a mono bottom speaker, microphone, Type-C port. On the right side, the power button is located, which is also integrated with a fingerprint scanner. Just above it, you can find the volume buttons. On the top, you can see a secondary microphone and on the left side, you can get the SIM tray.

This Samsung phone is integrated with the Snapdragon 730G. This is one of the reasons why we can assume this phone as the best M series phone yet. The problem with previous Samsung M series devices was an issue with the underpowered chipset. The Snapdragon 730G is an octa-core chipset that is built on an 8nm fabrication process that clocked at 2.2GHz. This processor is also found on the  Samsung Galaxy A80, Realme X2, and Vivo X50. For handling the gaming and graphics, the chipset is paired with Adreno 618 GPU. For storage, it is available in two storage variants 6GB and 8GB RAM with 128GB space storage. 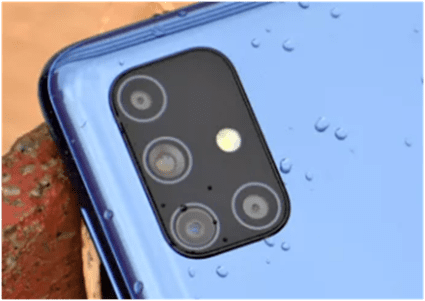 The Galaxy M51 sports a quad-camera stack at the back, featuring a 64MP f/1.8 aperture 12 MP ultrawide, 5 MP macro, and 5 MP depth sensor. The back camera can shoot videos of 4Kat 30fps and1080p at 30fps. At the front, this Samsung mobile features 32 MP with f/2.0 aperture. . The front camera can shoot videos of 1080p at 30fps. Its camera comes with different shooting modes, filters, AR zone, and more.

This Samsung M-series phone has a large battery. It is powered by a Non-removable Li-Po 7000 mAh battery. This is by far the largest battery capacity on a mainstream smartphone. It supports 25W charging with a Type-C port and the time taken to full charge Is about two hours, which is acceptable considering the huge battery capacity. For security side-mounted Fingerprint scanner is available along with other sensors such as Fingerprint (side-mounted), accelerometer, gyro, compass, proximity, 3.5mm Headphone Jack.

The price of Samsung M51 in India starts at INR 24,999. Looking at that the Samsung M51 price in Nepal will be around Rs. 41,000 approximately. It was launched in September but hasn’t arrived in Nepali Market yet.