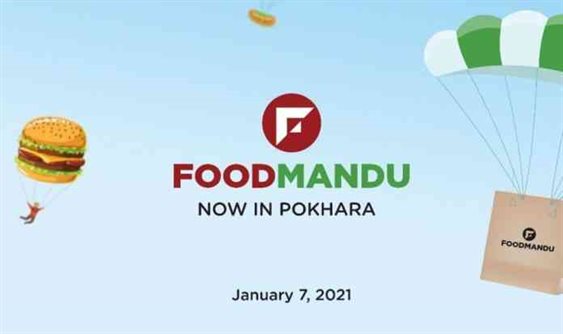 Foodmandu’s service is now available in Pokhara, offering a 30 percent discount with a service extension

Nepal’s first and most popular online food delivery platform Foodmandu has expanded its services to Pokhara without attracting tourists.

This is the first time that Foodmandu has expanded its services beyond the Kathmandu Valley.

The company has extended its service in Pokhara through a press conference on Poush 23, 2077 BS, and the people of Pokhara can now order food online.

Shyamratna Mali, Sales and Marketing Chief of the company, announced the expansion of Pokhara’s service and said they are ready to deliver quality food online at home.

Nepal’s first online food distribution network has now collaborated with more than 30 local restaurants and hotels to serve the people of Pokhara.

Manohar Adhikari, the founder of the company, said that the long-term plan to expand the service in Pokhara has been made successful due to its leading food delivery.

He stated that we had set a target of extending the service to different parts of the country by 2020, but we had to make other plans because of Covid 19.

We were surprised and had to concentrate on other primary issues. We are very excited to be able to expand our service in Pokhara and our experience with Pokhara residents will provide the same level of service as we have provided to our customers in Kathmandu.

He said that as it is a major tourist city of Nepal as well as the locals, tourists can also enjoy Nepali food by ordering food through Foodmandu.

Speaking on the occasion, Laxman Baral, Chairman of REBAN Pokhara, said that it would be easier for restaurants to expand their business with the availability of Foodmandu service in Pokhara.

He hoped that the customers would be able to enjoy the food at home as it would be competitive to provide quality service.

While expanding the service in Pokhara, the company will provide 30 percent or up to Rs 300 discount has been announced.

The company has mentioned 2021 as the year of its service expansion and has stated that it will expand its service to more places in the coming days.