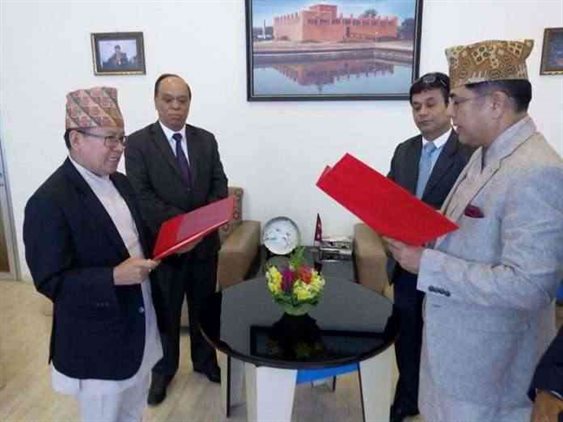 DhaniRam Sharma has been appointed as the Chairman of the Board of Directors of Rastriya Banijya Bank Limited.

Dhani Ram Sharma was administered the oath of office and secrecy by the bank’s board of directors.

Previously, Upendra Koirala was planning to be appointed chairman of the Bank’s board of directors.

Koirala, who is very close to deputy Prime Minister Ishwork Pokharel, has opposed his nomination after widespread opposition to his appointment.

As to the sources, Sharma was made the chairman after a dispute over the appointment of Koirala as the chairman.