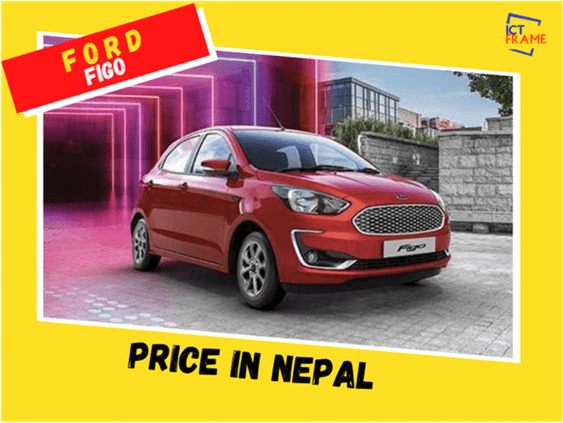 Ford is undoubtedly one of the most trusted brands internationally. You will never see the Ford machines compromising in performance and quality. Let’s talk about Ford’s hatchback, the Ford Figo in Nepal including its features, price, and variants.

Luckily the Ford Figo does come under the budget hatchback for 2020. Before we check the available variants in Nepal, let’s take a quick look at the specs sheet!

The Ford Figo in Nepal is available in a total of 6 variants. These variants come on 2 engine options: the 1.2L Petrol engine and the 1.5L Diesel engine. Although Ford Figo has other variants as well, in Nepal the variants start with the 1.2L Ford Figo Trend.

Ford Figo’s Trend Variant comes in both petrol and diesel versions. Let’s first look at the key features of the petrol model!

With just a few thousand rupees extra, you get the 2nd variant of the Figo, the Ford Figo Titanium 1.2L petrol! It runs in Ti-VCT Petrol Engine 1194cc and has the following additional features.

Among the Ford 1.2L petrol Figo lineup, the Figo Titanium plus is the top-variant in Nepal. It has more additional features such as:

Unlike the Figo Trend of the petrol version, the diesel version of Figo comes with a 1.5L 1499cc engine. This makes the Ford Figo Trend Diesel model’s price differ from the petrol model.

Let’s check some features of the Figo Trend (1.5L diesel).

Just like the Figo Trend petrol and diesel, we get two versions of the Titanium as well.

Figo Titanium Plus 1.5L Diesel is the top variant in the Figo lineup and is the most expensive among all the 6 variants that are available in Nepal.

It comes with all the features of the Ford Figo Titanium Plus petrol version. The only deal-breaker is it’s 1498 cc TDCi Diesel Engine.

Now let’s jump into the ‘Ford Figo car price in Nepal’ section and see which variant fits your budget!

The price of Ford Figo in Nepal starts from NPR 28.49 Lakhs and goes up to NPR 35.99 Lakhs. Of course, you can choose from Petrol and Diesel variants for the Ford Figo.

We hope that this list helps you make the decision that suits you the best. If you’re looking for more hatchback options, you can check the links from our suggested reads.