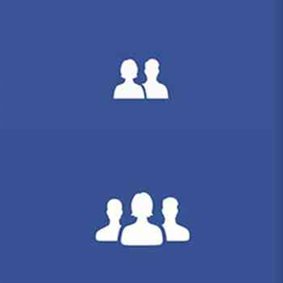 Facebook is one of the biggest social networking websites that helps to communicate with people and now not just people but with different companies, agencies, communities, workstations, office groups, learns as well.
That is why it is gaining popularity day by day. People have known how to use Facebook according to their benefits, but there are those who have faced more failures too due to Facebook. No matter what the addiction to being on Facebook never goes away. We can see lots of new advertisement on Facebook pages. Some of them make us go crazy whereas some of them are beneficial to us.
Recently the market has raised to a new level with social networking being the perfect place for dealers and companies to get in touch with the people making it beneficial to them or both. However, Facebook is created focusing on making people close together, and the people will include each and everyone who has access to the internet.
We have been living in this century where women have exceeded men and have done so many things to make everyone proud. There was a time when men used to be considered more than women in many of the items.
That world used to be dominated by men, and thus the trend kept going. And its effect is seen till now. The reason why women couldn’t get involved in the technology field is also the same. As they were not even let to go to school at some point. But the times have changed now.
Gender equality is considered to be the priority in most of the parts of the world. So much so that women have started dominating men in so many things. However, a healthy competition between both should be encouraged. With the thought of equality in mind, Facebook friends icon was updated. Facebook puts women in first with its new updated image. Some even describe it as the feminist twist by Facebook.
Its hard to notice the differences in the new Facebook, however, the everyone have to strain their eyes to the see the difference as the new Facebook friends icon is quite small but it is making a great statements in terms of gender equality. The size of the two silhouettes are also the same. So its represent many things if observed properly.
There were other changes as well in the icon besides the size like the design of hair, and the shoulders. This design will be in other parts of the Facebook platform as well and its also a step in the right direction for the company that has been criticized for not hiring more women. However, they are also trying to bring the gender equality in practical as they have given so much opportunity to the female community as other high tech companies have been providing. Facebook’s global Employed include 69% male.
However, it is expected to be equal to female someday after the efforts that are being carried out.  With this update, they have let everyone know that they are really positive about the gender equality.