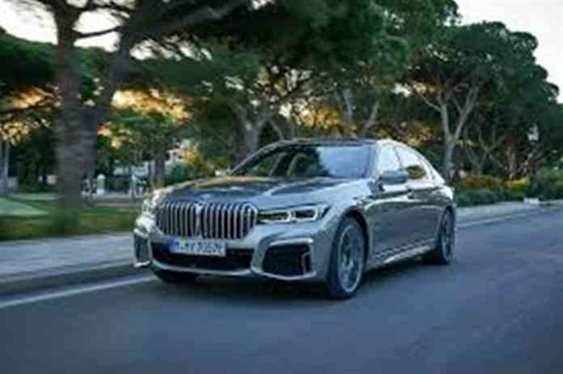 Several expensive luxury cars that are famous worldwide are found to be running in Nepalese roads. Such lavish cars and automobiles have always been in preference of business houses in Nepal which has resulted in entering of such vehicles in the country.

A sense of competition can be observed among various companies with the increase in attraction towards luxurious automobiles. Vehicles in the range of million and above shall be found in most of the showrooms of various brands that are sold in Nepal.

As per NADA’s (National Automobile Dealers Association) statistics, it is said that the number of vehicles pricing more than a million has been increasing recently. Luxury cars of Land Rover, Mazda, BMW, Volkswagen, Toyota, Mercedes, Subaru, Hyundai etc. are famous in Nepalese automobile market.

In Nepal, the authorized dealer of land rover and range rover, which are world famous as lavish vehicles, is Kishore Gears.

Basically, land rover ranging in between prices of 3 crore 1 lacks up to 6 crore are being sold in regular basis in the country. Land rover, being world famous luxury vehicle, is in top of the hierarchy of lavish vehicles running in the Nepalese roads.

Engineered and manufactured in Germany, however, the presence of Mercedes can be felt in Nepalese roads in abundance with price ranging from 3 lacs 40 thousand to 5 crore. Mercedes has established itself as a luxury car of entire Europe and its preference can be felt worldwide by people in high position and rich individuals.

Toyota has been a pioneer manufacturer of car that has created ripple around the whole world with their classy lavish cars. The presence of such lavish cars can be felt in Nepal with about a dozen of Toyota vehicles ranging above the price of 1 crore. The popular brands of Toyota like RAV4, Fortuner, Prado, Land Cruiser, CAMRY etc. costs more than 1 crore in Nepalese market.

In the hierarchy of expensive cars for Toyota, Land Cruiser LC 200 VX seals the top spot with cost of a whopping 2 crore and 70 lacs. Following the hierarchy, comes Land Cruiser 70 which costs about 1 crore 60 lacs in the market.

Santa Fe belongs to the list of an expensive car, with price exceeding 1 crore, manufactured by a Korean motors company called Hyundai. Categorized as SUV segment, the vehicle can be purchased in Nepal at a price of 1 crore 45 lacs, it has been in high preference of people with diplomatic affairs, projects and high income.

Laxmi Hyundai, official dealer of Santa Fe in Nepal, has highlighted that about 8 to 9 Santa Fe are being sold currently in Nepalese automobile market.

Belonging to a luxury car brand in Germany, a Volkswagen Touareg comes with a price of 1 crore 55 lacs in Nepal. The brand offers two model of the vehicle named as Touareg Fully Loaded and Toureg Exclusive. The touareg exclusive comes at a price of 1 crore 82 lacs.

BMW also belongs to the family of world class premium luxury cars of which some are seen flaunting their exquisite features in Nepalese roads every now and then. Mostly preferred by richer people around the world, the preference and import of BMW has increased significantly in recent times in Nepal too.

Another luxury car manufactured by Japan, Subaru, has been able to draw attention of Nepalese car lovers to buy its car. Various models of Subaru can be found to be running in Nepal with prices ranging in between 1 crore 7 lacs and 1 crore 32 lacs. Subaru offers their client with the choice of automatic and manual gear options in its vehicles.

Mazda is also a Japanese luxury car manufacturer with a significant amount of impression among luxury car enthusiasts in Nepal. It falls under the list of one of the expensive vehicles to have been sold in Nepalese market with three out of their 4 variants costing more than 1 core.

It was in 2018 when a well renowned British premium car brand, Jaguar, was introduced among the keen car enthusiasts in Nepal. It was in no time their enthusiasm was seen with many reputable businessmen lining up to invest high amount in Jaguar cars.

Designed and Manufactured by Jaguar Land rover, a British company, 6 sets of two different models were first brought up in Nepal by Kishore Gear back in 2014.