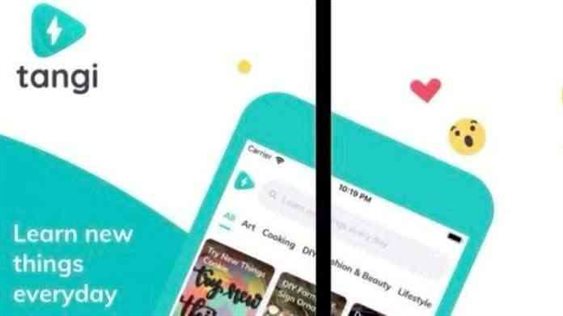 TikTok is one of the most downloaded apps in recent times. The short video making app has been used by a lot of people in recent times for making videos that go viral on social media. TikTok app is very popular all over the world, not just limited to Nepal or South Asian countries. In Nepal, some people have become celebrities based on short videos made on the app.

Now, Google has also introduced a new short video app that aims to challenge the overly popular TikTok. The app, called Tangi, suggests that video can be created just like on TikTok.

A 60-second video can be created using the recently launchedTangi application. The video can also be shared on social networks through the app. International media have been saying this is similar to a recent TikTok update.

However, Google says it can learn and teach skills using the app. This app has been categorized into lifestyle, art, fashion, and beauty.

This app, created by Google, can be downloaded for free from the iPhone App Store. But the app is not kept on the Google Play Store. Android mobile users will need to wait for a few days to use this app.

Currently, the app is on the waiting list, which means users can’t upload the short videos created on the app to social media sites right now.

Google has named the Tangi app with the motto of Teach and Give. Therefore, the company claims that it can be used for learning along with entertainment.