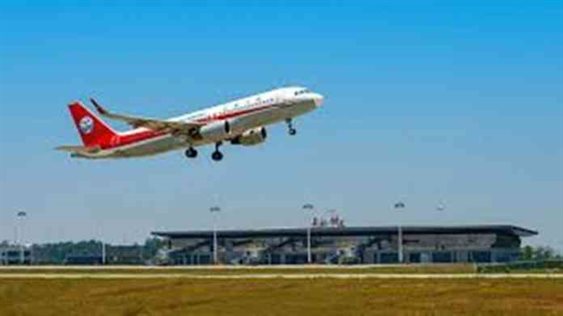 The government has decided to re-operate Mazgaun Airport, which has been closed for 21 years.

The work will be carried out in partnership with the local, state, and central governments to maintain the Mazgaun airport located in Bhimdatta municipality of the far-western state of Kanchanpur.

This airport has been closed since 2056. The airport near the Indian border was closed due to security concerns.

Director general of the Civil Aviation Authority of Nepal Rajan Pokharel said that the government is preparing to repair and operate the airport at Rs 300 million.

Pokhrel said that there is a joint investment of locals, states, and the center in expanding the airport.

The Bhadrapur airport, close to the Indian border in the east, is still in operation. It is also necessary to operate the airport in the far-west.

NEA is also working on an agreement to expand the airport with the help of the local level and the state government.

Only a few months ago. NEA signed a mutual agreement with the state and local level to invest in expanding Surkhet Airport and Biratnagar Airport.

According to the same concept, the Mazgaun airport will repair and expand and come into operation, said Pokharel.

The old runway of the airport is 1600 meters. However, the runway has now turned into grassland.

Pokharel said that the airport would become into operation by setting up the runway.

NEA also says that more land is needed to expand the airport spread over an area of 65 bighas.