Happy Birthday, Google! Things were unheard about search engine giant as it greets self with Doodle on the 17th anniversary. Happy Birthday Google: Some Fun Facts about the Company You Didn’t Know Google provides us every original information about every single thing we want to know whatever it is.

From picture to video, from messages to video messages, from songs to movies and so on Google has always been providing all those information to us without any obstacles. Google even teaches us many important things which we cannot learn in our schools and colleges. But isn’t it so strange that Google itself doesn’t know about its stuffs?

Today is the 17th birthday of our very own friend or best friend “GOOGLE.” Today was the day when for the first time, Google was launched by founders Larry Page and Sergey Brin. To mark this special occasion, we have come up with some lesser known fun facts about the Google Company.

Google Loves Food:
Founders have said that no Googler should ever be more than 100 feet far from a micro-kitchen with snacks and food.

Google Loves Goats:
Google rents goats from a company named California Grazing for mowing its lawn and other weeds at Google Headquarter. The operation of 200 goats is good for the environment, and according to Google, it is “A lot cuter to watch than lawn mowers.”

Google Loves Star Wars:
The Google homepage can also be viewed in the language of Klingon (from Star Trek), in case the aliens attack the world and need Google to navigate through the situation at https://www.google.com/webhp?hl=xx-klingon
Google Loves Dinosaurs, LEGO, Flamingos, and Everything:

At Google Headquarter there is a T-Rex skeleton – nicknamed given as “Stan” after a “real” dinosaur. There is also a to the scale replica of the Spaceship One, Android-themed models, pink flamingos, a large LEGO man, Google-colored phone boxes and grown-up size ball pits.

The First Google Doodle:
The first ever Google’s doodle was a Burning Man symbol. Founders went to the Burning Man festival in 1998 and added the doodle to let users know that they were away from the office on that weekend.

ElgooG, the Backward Search:
Google is written in backward as elgooG, you know you could search backward too at http://elgoog.im
When is my birthday???
Last, but not the least, Google is always so confused about its own birthday. Funny isn’t it?
Anyway, Happy 17th Birthday to Google. 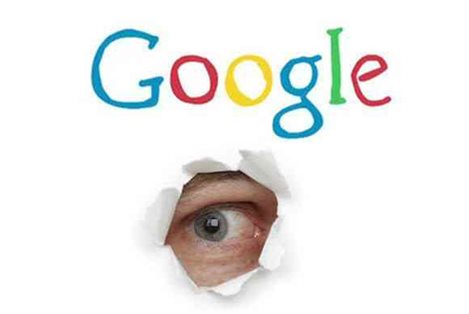