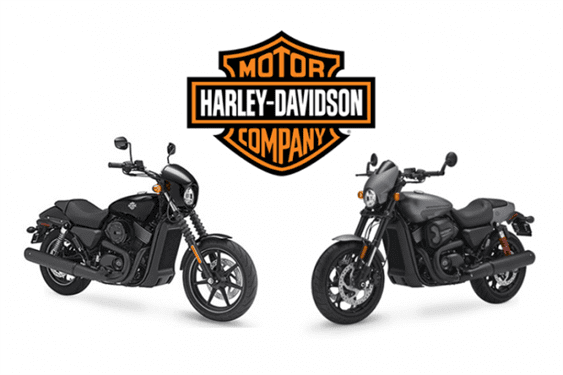 The mighty Harley Davidson is the dream bike of every motorcycle enthusiast. Even in Nepal, it has a separate fan base that came into a display at NADA Auto Show 2018. In fact, NADA never disappoints and always has something up its sleeves. The 2018 NADA saw the launch of the first Harley Davidson bike in Nepal. By 2020, a few of these Iron machines have already hit the road and here, we look at the Harley Davidson price in Nepal.

But wait! Ever wondered how many Harley Davidson are there in Nepal?

Basically, there are three families of these bikes selling in Nepal: Sportster, Street, and Softail.

Let’s look at the models that have hit the streets of Nepal!

Behold the first Hardley Davidson bike to hit the Nepali market! The Iron 883 is a cruiser bike powered by 883cc engine, quite obvious by the name.

It shows off its sporty character with a peanut-shaped tank complementing the rider’s stance. Of course, you might have guessed it by now! This motorcycle belongs to the Sportster family.

Oh! Did I tell you it comes with only the rider seat?

However, this does not mean that you can’t enjoy your ride with a company. In fact, it just means that you have to custom-install the pillion seat.

Also, this Harley Davidson beast gets an LCD display which shows the gear position, revs, and other details.

Furthermore, a switch facilitates scrolling through the menu on the display.

It’s not that long since these hit the Nepali Automobiles market. Harley-Davidson launched two new Street® 750cc motorcycles in 2019, to be precise. The Harley Davidson Street 750 looks as though something Batman would ride!

Why do I say that?

It has got a dark custom paint scheme and an amazing sporty look. Moreover, the traditional cruiser design for the rear and front shocks makes it exceptional.

Intrigued yet? If not, listen to this!

The Street 750 comes with a halogen headlamp. Therefore, its price tag justifies its standard and features.

The Harley Davidson Street Rod 750 is a step up from the Street 750.

Curious about the key differences between the Street 750 and Street Rod 750?

The Street Rod version resembles more of a traditional street motorcycle. Furthermore, it has better power as a result of extra power. All thanks to its re-worked engine and better braking.

Plus, the reworked chassis, seats, and suspension complement its look significantly.

These models are currently available at Harley-Davidson of Kathmandu.

Besides these, other models can be imported upon request. Harley-Davidson motorcycles belonging to the third family, Softail, is not available in the showroom. But, can be made available upon request.

For instance, Fat Boy is already cruising on Nepal’s road but isn’t immediately available at the showroom.

The search for the cheapest Harley Davidson price in Nepal, as of now, is limited. It is because there are only a few Harley Davidson models selling in Nepal. These classic machines are meant to rule the streets with their top-notch specs. Moreover, it’s demand in the Nepali market is quite new and low.

Would you do justice to your passion by getting a Harley Davidson?