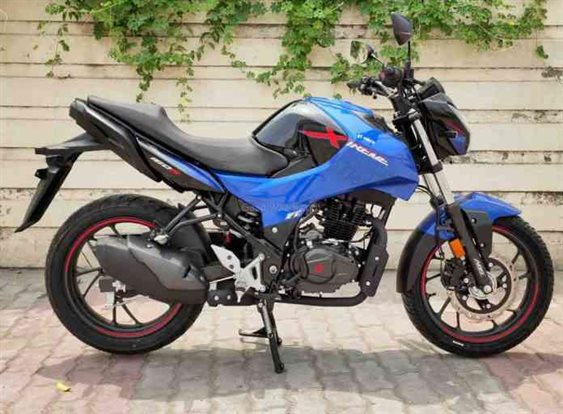 The Xtreme 160R, which was launched on the Indian market on 1 June 2020, was very successful. It remains to be seen what kind of business this motorcycle is doing in Nepal. In a couple of days, the company is preparing to begin its official sale in Nepal.

The segment of the Xtreme 160R, which was tested in different parts of Nepal four months ago, is regarded as a motorcycle with several features.

The new Hero Motorcycle Extreme 160R is the fastest motorcycle in this segment. It would only take 4.7 seconds to reach a speed of 0 to 60 km/h.

In addition, the first low-cost motorcycle of the main company that came to Nepal with the standard BS6 engine will also be the Extreme 160R.

The Hero Xtreme R features a new single-down tube-style diamond frame. It has a difference of 37 mm at the front and a 7-step, adjustable mono-shock at the back. Also, both wheels have a petal-type disk brake and a single-channel ABS is available.

The hero has added more features to the new Xtreme 160R variant compared to its Xtreme 200R. The company used all sorts of LEDs in it and used a completely digital display.

You may like this: Hero’s New Scooter Pleasure Plus Platinum Arrived in Nepal

Hero’s new bike will compete directly with Yamaha FZS V3, Suzuki Gixxer 150, and TVS RTR 160 Four V. The BS6 engine, however, added to the challenge of establishing itself in the race. Due to this, its price is about 10 thousand rupees more than others. NGM is starting to sell it at a price of Rs 339,000.