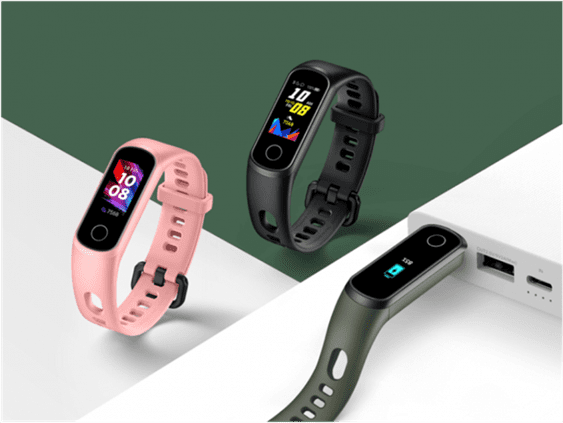 Honor Nepal has finally launched Honor Band 5i in Nepal at a price under 5K. At the time when fitness bands and trackers are gaining popularity, this launch could put the brand back in the wearable business game.

Along with this fitness tracker, the brand also recently launched Honor 9X Lite in Nepal. It became the second smartphone from Honor to launch post-lockdown after Honor 8A Pro.

Let’s dive straight into the features and specs of the Honor Band 5i.

Remember Honor Band 5 that was launched in September of 2019? Yes, the Honor Band 5i is its successor that comes with a few updates and changes. 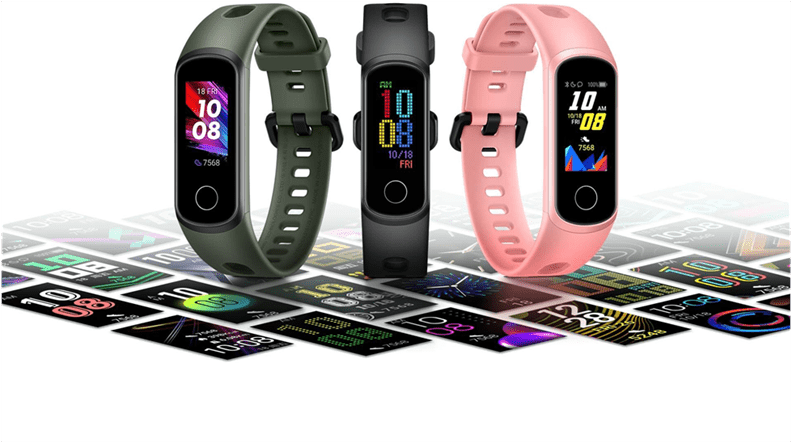 Taking one look at the Honor Band 5i, it reminds you of its predecessor. Initially, the brand launched the device in a black color option. However, it is now available in two more color options – Olive Green and Coral Pink.

The first noticeable change in the Honor Band 5i is its TFT display instead of a Super AMOLED one. It comes with a 0.96-inch Full Touch Color display with an HD resolution of 160 x 80 pixels.

Meanwhile, the strap is made of soft silicone, which when taken off, reveals the integrated USB slot.

Most of the features remain the same in this device as in the Honor Band 5. However, the difference is that it has fewer training modes.

The fitness band has nine different training modes that include Outdoor & Indoor running, walking, rowing machine, cycling, free training, and so on. 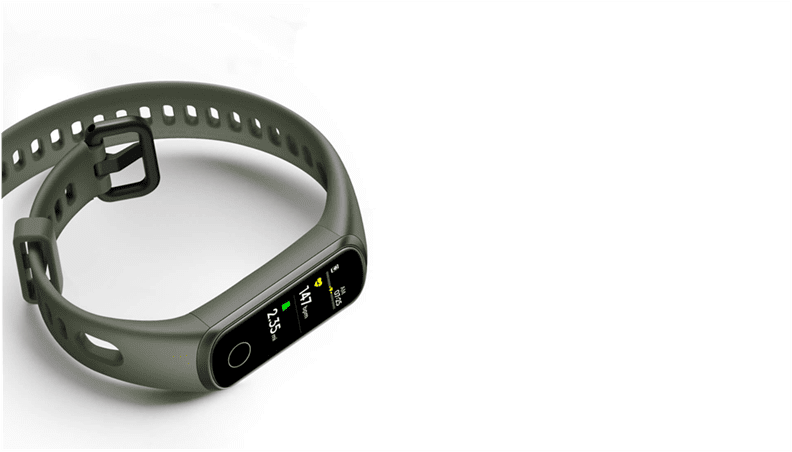 Furthermore, the band is capable of analyzing sleep quality in real-time and identify sleeping habits.

In fact, pairing the band with the Huawei Health app will give better experience. Honor Band 5i can also track and display data like step counts, heart rate, calories, speed, workout time, and so on.

TrueSeen 3.5 technology is great for 24-hour heart rate tracking. Besides this, it also has an Sp02 sensor that monitors oxygen saturation levels in the bloodstream.

Honor Band 5i comes with 5ATM waterproofing. This means you can enjoy swimming with its water resistance capacity up to 50 meters. The band also sports some interesting abilities besides health and fitness tracking.

These include the ability to control music, managing call notifications, messages, stopwatch, camera, find your phone, and activity reminder.

The battery capacity on the Honor Band 5i is 91mAh. Moreover, the company claims a standby time of up to 6 days.

The impressive part about this device is that it comes with a built-in USB charging port. You can charge it on your laptop, card, or any other device.

The official price of the Honor Band 5i in Nepal is NPR 3,990. The fitness band is available in three colors – Black, Green, and Pink.

It will be available for purchase starting from August 18 from Honor retail stores across Nepal.

Certainly, the Honor Band 5i is a decent inexpensive fitness brand model in Nepal. With such advanced health tracking features, it could compete quite well with the Xiaomi Mi Band 4, or even Mi Band 5.

What are your thoughts regarding the Honor Band 5i?