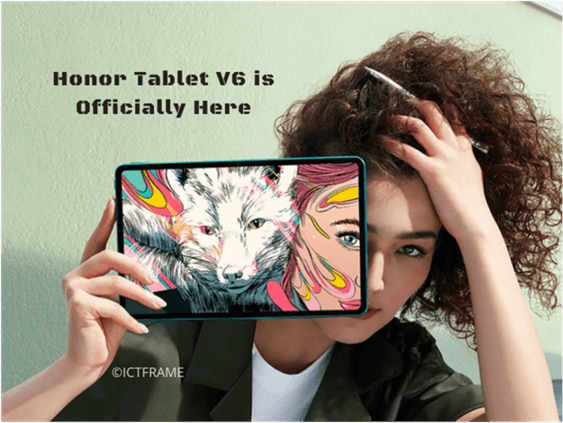 The Honor V6 made its official debut as the first tablet ever to support both 5G and Wi-Fi 6. Honor unveiled its latest V6 tablet at a Smart Life conference held on Monday (May 18). The first 5G tablet from the company comes in Gray, Green, and Black color options.

Honor V6 sports a huge 10.4-inch 2K display with a screen to body ratio of 84%. No surprises here, this android tablet is powered by Honor’s own Kirin 985 processor. The device runs Android 10 topped with the company’s own Magic UI 3.1.

Honor tablet V6 packs 6GB RAM with the option of 64GB and 128GB of internal storage. Also, it is expandable by 512GB with a microSD card. As mentioned earlier, it supports both 5G and Wi-Fi 6+ technology which makes downloads faster and stable through walls.

Talking about the camera aspects, it sports a 13MP camera at the back with f/1.8 aperture and LED flash. You’ll find an 8MP selfie shooter at the front with f/2.2 aperture. The tablet comes with Huawei self-developed Histen 3.1 3D sound effect and four microphones.

That’s not the end of it! Honor V6 also comes with a stylus pen that Honor calls its “Magic Pencil” having 4096 pressure sensitivity. Powering the tablet is a 7250mAh battery that supports 22.5W fast charging via USB-C port. 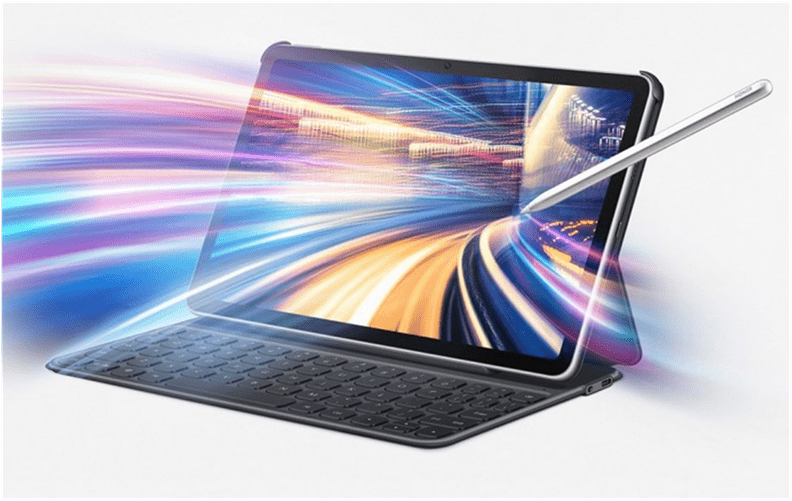 Availability and Price in Nepal

It’s true that Honor is yet to announce the availability and pricing details for the V6. You can expect it to release at some point in June. However, it is currently up for pre-orders in China.

We will update Honor Tablet V6 availability and price in Nepal once it is official.